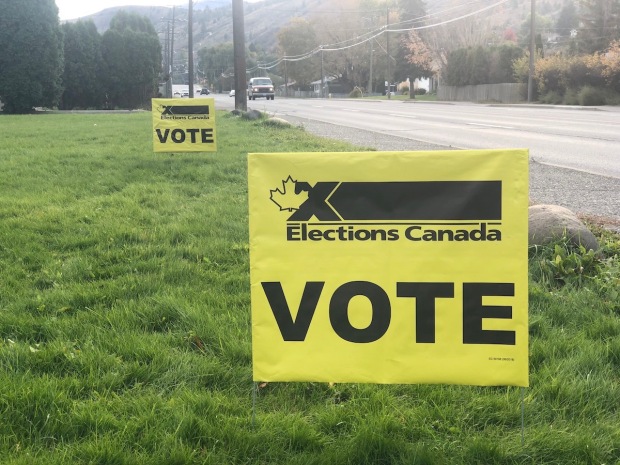 IT’S ELECTION-DAY MONDAY in Canada as we go to the polls to decide who our next federal government will be. Which raises the question — why Monday?

On this day, most of us vote on the way to work, at lunch hour or on our way home. Some will take advantage of the time allowed during the work day to hustle out to a polling station.

Others have already voted in advance polls, still others by mail.

Close to 5.8 million Canadians voted in the four days of advance polls. The Kamloops-Thompson-Cariboo riding saw almost 28,000 ballots cast in advance, the second highest number in the province.

More than 1.2 million eligible Canadian voters received mail-in ballots, though the actual number returned isn’t known yet. We might not know the final vote counts for several days.

All of this offers hope for a correspondingly high total turnout today but the early interest might have been due, at least in part, to the pandemic. It might also be connected to the gradual expansion of voting opportunities.

Election day, as one observer put it, has become election season, in which we have several options to vote at our convenience. Convenience, in theory, attracts more voters and is a plus for the democratic process. With that in mind, maybe it’s time to pick another day of the week for federal elections.

One has to think that if election day was on a Saturday or a Sunday, more people would vote on election day. Not everyone works Monday to Friday, of course, but, at the least, it would add one more measure of convenience for most.

There’s certainly no compelling reason to hold elections on Mondays. Civic elections in B.C. are held on Saturdays. So are provincial elections. Many other countries hold their national elections on weekends.

As we look for ways to further improve the federal voting process, weekend election days would be one way of doing it.