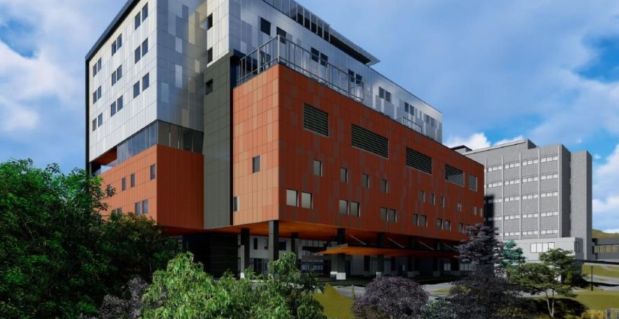 IN TWO MONTHS, give or take, the new $417 million patient care tower at Royal Inland Hospital will open its doors.

It will have some nice new bells and whistles. The tower is supposed to modernize the Hospital.

It will be home to mental health and substance use units, new operating rooms, new labor and delivery rooms, and a neonatal intensive care unit.

RIH says there will be inpatient units for neuroscience trauma and stroke, a new rehab unit, more parking and a helipad on the roof.

These are all wonderful additions that will provide better care. But there are other things that are nice, but far less beneficial.

Doug Collins has had a wide background in the broadcast industry, having done virtually every type of news and sports broadcasting, including news anchor, sports play-by-play, and editorialist. His “One Man’s Opinion” aired on TV from 1973- 2013. He retired from his management roles in the station in October, 2018, but continues to write his column. In 2019, Doug was awarded the Freedom of the City.