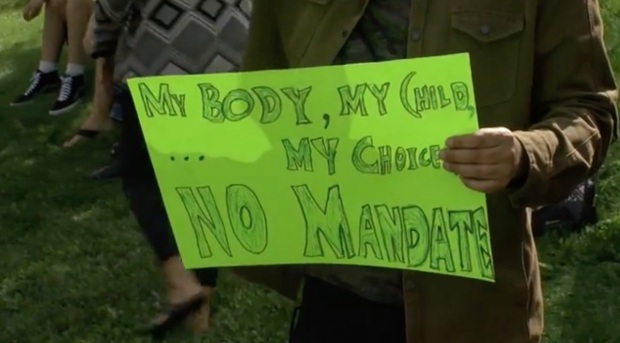 I HAVE QUESTIONS for the anti-vaxxers, reluctant vaxxers and the misinformed who took to the streets this week to exercise their democratic right to protest.

The first one is, what were you thinking?

Did you think protesting in front of hospitals was actually a good idea? Do you think the nurses, doctors and support staff who have worked so hard for a year and a half to keep us alive deserved that?

Do you think obstructing hospital traffic, verbally abusing healthcare workers and reducing nursing staff to tears — as was reported in at least one hospital — was responsible and kind?

Will those of you who now claim the protests were actually in support of healthcare workers explain how, in any way, they demonstrated that? Were you there to bang pots and pans in a show of solidarity with them, or did hospitals just seem like a good place for a protest? How was staging protests against vaccinations a show of support?

Do you see the irony in what you did?