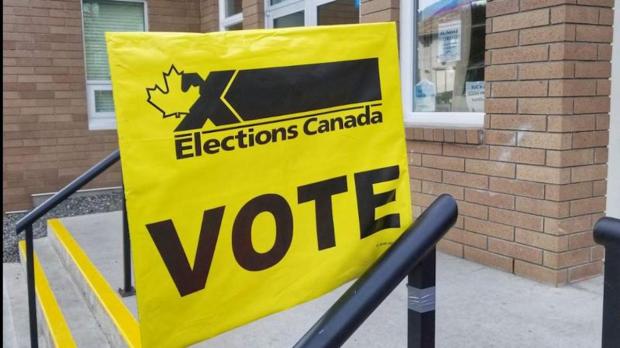 POLITICAL PUNDITS of all stripes are saying there will be a fall election.

Locally, in the Kamloops-Thompson-Cariboo riding, the three major parties have selected their candidates. Bill Sundhu is running for the NDP.   Frank Caputo will be the Conservative candidate. The federal Liberals will be represented by George Petel.

Corally Delwo will represent the People’s Party of Canada. There is no confirmed candidate yet for the Green Party or other parties.

The major parties are ready. The smaller parties will catch up if they can. The cards have been dealt. It’s time for the election to begin.

With Conservative MP Cathy McLeod not running again, there will no incumbent returning to Ottawa representing the Kamloops-Thompson-Cariboo riding. No candidate will have the advantage of being the incumbent.

Some ridings stay Tory blue, Liberal red or NDP orange forever.  Kamloops voters have always been willing to vote not only for the party but also the person who will best represent the interests of the riding.

Kamloops has always been willing to change. There was the Liberal Len Marchand who represented Kamloops and area from 1968 to 1979. NDP Nelson Riis held the seat from 1980 to 1988. Then Alliance Party of Canada/ Conservative Betty Hinton from 2000 to 2008, followed by Conservative Cathy McLeod from 2008 to now.

Is this the time to change again and get a fresh perspective representing Kamloops?

Who will best represent Kamloops as the effects of climate change worsen?  Is it the Liberals, the party that builds oil pipelines?  Or the Conservatives, who rejected “climate change is real” at their last national conference? Or the NDP’s promise of transitioning to a clean economy?

Which party will best support Canadians on the long road of COVID-19 recovery. Not just in terms of health, but supports in the economy.  The Liberals will run on their record. The Conservatives and NDP will run on the changes they got the Liberals to make. While Conservatives pushed for an end to COVID-19 restrictions, the NDP pushed for stronger supports such as CERB for workers and small businesses affected by COVID-19.

It may well be time for a change for Kamloops. As strong as we are as a community, we must know we can’t keep on the path to we’re on.

COVID-19 has laid bare the weaknesses of our healthcare system, especially around the care of our frail and elderly.

Forest fires have made the effects of climate change stark and grim.

Whether we like it or not, an election is coming. What Kamloops-Thompson-Cariboo needs to decide  is where we want to go next.

Thanks to all the candidates who’ve put their names forward. Let the election begin.

1 Comment on BEPPLE – Is it time for a change in Kamloops-Thompson-Cariboo riding?