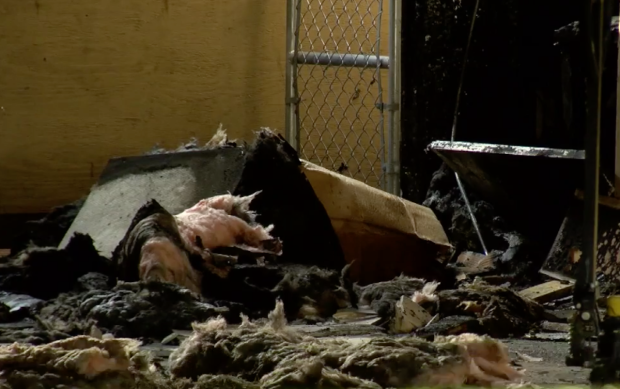 One suspect is in custody after a fire at the Thompson Hotel early Thursday morning (Dec. 3, 2020).

The fire was discovered in the storage area of the parkade about 1 a.m. at the Thompson Hotel at 650 Victoria St. It caused smoke damage to some of the rooms above and to the adjacent Noble Pig pub.

Front line RCMP officers obtained video surveillance that showed a man had intentionally started the fire before fleeing the area. At 03:20 a.m. a suspect matching the description was located possessing evidence that suggested he was responsible for starting it, police said.

The suspect was arrested and taken to the Kamloops Detachment for further investigation. As a result,  a 39-year-old Kamloops man will appear in court to face charges. Police said when completed, all findings from the investigation will be forwarded to the B.C. Prosecution Service for review.

“It is very disheartening that someone would intentionally start a fire like this in our community putting others at risk for no apparent reason,” said Sgt Darren Michels.

“We are certainly very happy that this fire was observed early and didn’t have time to spread.”