NEWS/ CITY HALL — How often do you see somebody driving down the road in a pickup truck with a dog in the back, loose and dodging from side to side? 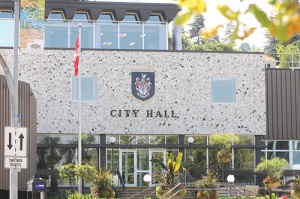 Probably often — it’s a common sight in Kamloops. Less common is a dog left in a car in a parking lot with the windows open or not open enough, but it does happen.

Both situations will bring much stronger penalties to the dog owners if Kamloops City council agrees with a 32-name petition that will be put before it Tuesday afternoon.

The petition, which includes signatures from veterinarians and dog-care facility owners, says temperatures inside a vehicle can reach deadly levels within minutes. It also says many dog owners ignore the current bylaw that makes it illegal to transport an unsecured dog in the back of a pickup truck.

The petition asks for “heftier monetary penalties” for both infractions but doesn’t suggest how much fines should be. Several letters supporting the petition are also on the agenda.

5 Comments on ‘Heftier fines for leaving dogs in hot cars’