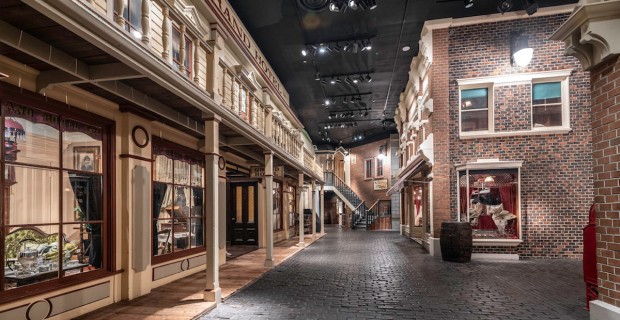 Excerpt from Question Period, debate between Todd Stone and John Horgan, on Monday, May 16, 2022:

T. Stone: I don’t mean to be glib, either, to the Premier. But if I just heard correctly, the Premier just said: “We need to be tactical where we put money to help people.” I’ll tell you where we wouldn’t put $1 billion in the name of helping people. It’s into a vanity museum project for the Premier. We wouldn’t do that.

The cost of everything has gone up, including the price at the pumps. Skyrocketing gas prices now at $2.34 a litre. The pain at the pump is real for working British Columbians — truckers, taxi drivers, contractors and, of course, lots and lots of families trying to get their kids to soccer.

Most people don’t have the option not to use a car. But on Friday the Premier — in another one of his gems of a quote — rejected helping people and instead told them to just think before you hop in the car and see if there’s a way that you can do it with a neighbour or someone who is going by. Are you kidding me? Maybe that makes sense to a Premier with a government-paid and government-driven car, who has just given himself a $40,000 pay raise, but it doesn’t help anyone else in the province.

So why is the Premier punishing drivers after years of saying that he would do something about it? And when is he going to actually come to the table with real relief at the pumps for British Columbians?

Hon. J. Horgan: As I said at the start to the Leader of the Opposition, $420 in rebates back to ICBC policyholders who were used as an instant teller machine by the former government, not as respected and valued parts of society — that if we don’t have to use the money for crashes and health care, we can drive it right back into their pockets. That’s what we have done for the driving public in British Columbia.

When the member goes to renew his insurance, he’ll find that it’s $500 cheaper than it was the last year. He’ll also discover….

Hon. J. Horgan: And again, perhaps the former Finance Minister can talk to the Government House Leader — capital and operating are two separate things. We are doing what we can to bring forward more health care providers. The Health Minister has been talking about it for the past two weeks. If you would take the cotton out of your ears, you’d hear what he’s saying.

Hon. J. Horgan: …the only Finance Minister in the land that said “good idea” was the one that’s sitting over there right now.

We need more money to invest into health care, and we need it right now.

T. Stone: So the government goes and jacks up ICBC rates by 25 percent over four years, only to then reduce them by 25 percent over that same time.
Somehow, in NDP-world that’s like standing up and defending the drivers of this province. Just like the rebate cheques, which they have been promising, and British Columbians are still waiting to receive those, Mr. Speaker.

The Premier can try to dodge and deflect all he wants, but gas prices are at $2.34 cents a litre today. People need help today. Angie Rossi from Richmond says: “Food has gone up. Rent has gone up. Everything in my life has gone up. How are we going to drive to work so that we can buy food to feed our family?”

B.C. had the highest gas prices and costs before the war in Ukraine, and that is still the case today. Instead of offering people like Angie help, the Premier only helps himself and cabinet with a $40,000 raise for himself and $20,000 for each cabinet member. Then he has the gall to announce a $1 billion vanity museum project in his backyard.

How could the Premier possibly expect Angie to hitchhike or car-pool to get to work or get groceries for her family? And why is he spending over $1 billion on a new vanity museum project instead of helping Angie and the thousands of British Columbians just like her?

Hon. J. Horgan: I believe that protecting the collective assets of all of the people who have been in British Columbia since time immemorial and right up to today is money that is well spent to protect and preserve our collective history. The B.C. Liberals don’t seem to think so.

A capital budget is stretched over time. I feel like this is budgeting 101.
Interjections.

Hon. J. Horgan: The official opposition should understand how budgets are created. I’m sure they do, but instead, they like to say that we’re spending $1 billion that we could not spend on something else. It’s a capital budget for a project that’s critically important to the people of British Columbia and our collective history.