NUCLEAR ENERGY has an image problem. For decades, it has been the energy source that dares not speak its name.

No wonder, with the disasters at Three Mile Island, Chernobyl and Fukushima, and the problem of what to do with the radioactive waste. Then there’s the high building costs. 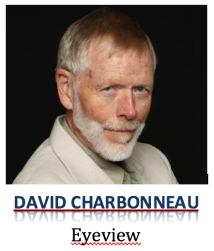 While nuclear energy is dirty in many respects, it is clean in another: it produces electricity without producing the greenhouse gases that are contributing to our climate emergency.

Environmentalists deplore nuclear energy, even at a time when the world desperately needs more power that doesn’t come from burning fossil fuels. If only nuclear energy could find a way to become “green.”

Well, there is a way. Europe has found a way to make nuclear green. You just say it’s so. The European Commission has labeled nuclear as sustainable by placing it in a taxonomy that includes other green energy sources. The Commission describes this taxonomy as, “a classification system, establishing a list of environmentally sustainable economic activities.”

The European Commission is determined to achieve net-zero carbon emissions. The commission’s chief described the European Green Deal as “Europe’s man on the moon moment.” She has called climate neutrality “our European destiny” and solemnly proclaimed that no effort will be spared for Europe to become the world’s first continent with net-zero emissions.

However, Germany and France are on opposite sides of the greening of nuclear energy. Germany is against nuclear power. They plan to shut down all its nuclear power plants by the end of 2022 following the Fukushima disaster in 2011.

But Germany’s plan to use natural gas as a transition fuel is in jeopardy. With Russia’s invasion of Eastern Ukraine, Germany placed sanctions on Russia this week by stopping the certification of Nord Stream 2 gas line from Russia. The price of natural gas, already high, is about to go higher.

Pro-nuclear France gets 70 per cent of its electricity from nuclear plants and its pro-nuclear allies include Poland, Hungary, the Czech Republic, Bulgaria, Slovakia and Finland. France wants to invest in new nuclear power plants, particularly in new generation called small modular reactors (SMR).

Canada has a role to play in nuclear reactors. Canada is the world’s second-largest producer of uranium. Our reliable Candu reactors pioneered nuclear-power generation. Ontario gets 57 per cent of its electricity from them.

Ontario Power Generation intends on building more reactors. This time, the Crown Corporation plans to build SMRs that are smaller and simpler to build.

In the International Energy Agency’s plan “Net Zero by 2050”, wind and solar power are the cornerstones. The IEA says they could provide 70 per cent of global electrical generation in 2050. But they say nuclear and hydro are an “essential foundation” in the decades of transition.

Wind and solar are clean and safe, too, but even with falling costs and advances in battery storage, they alone can’t get us to our emissions goals. If we are serious about the climate-change problem, nuclear has to be part of the solution.

Calling nuclear energy “green” may be a stretch. But there’s no way we are going to avert the climate emergency without it.