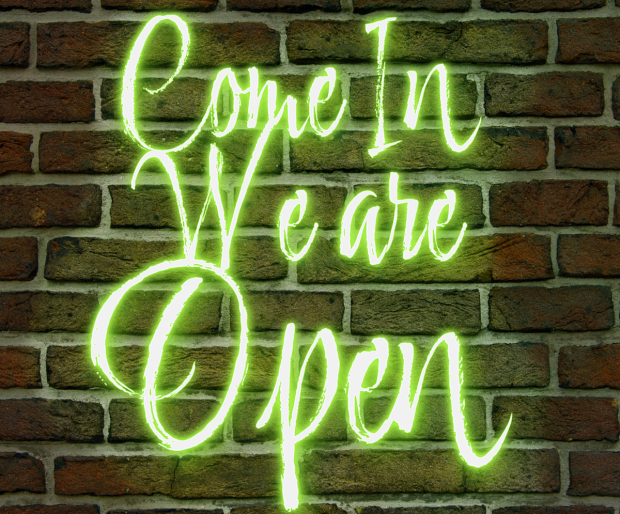 “The greatest tyrannies are always perpetuated in the name of the noblest causes.”

I WANT TO EXPRESS my sincere appreciation to Mel Rothenburger for having the courage to post the article ‘FEATURED COMMENT – A night with the untouchables at convoy’s ground zero,’ Feb. 6, 2022 giving us an alternative narrative, as to what is taking place in Ottawa.

In this current climate of intolerance along with the transparent open vendetta against the unvaccinated, I want to thank you Mel for demonstrating a strong belief in the basic principle of free speech and that the free exchange of ideas is fundamental to maintaining a free society.

Don’t abandon people, don’t make them irrelevant, don’t censor people, don’t defame them, in an effort to control ‘the’ message… engage with them.

More and more people, across Canada, are simply fed up with two years of COVID restrictions, whether they are double vaccinated, triple vaxxed or ‘the unvaccinated.’ These diverse groups have joined forces and are questioning the need for mandates and many are supporting the protest and asking for an end to current COVID restrictions.

It does appear the organization of this protest seems to have been inadequate; it simply got much bigger than they could have ever imagined. However, it bothers me and others, that some people are more upset about horns honking 2,000 miles away than they are about the person down the road who lost their job and access to society.

Mandates and passports have literally destroyed lives. Where was the empathy and outrage for what happened to these individuals?

The fact that a health issue may continue to exist is not an excuse for governments to start doubling down on policies that, to date, have been largely ineffective and uneven.

We have been delivered from the more dangerous Delta variant by the milder but more contagious Omicron variant. Before this new, milder variant arrived, Canada was on the path to being a two-tier fear-based society totally dependent on government, which is a concern for most free-thinking people.

The milder Omicron variant could be a game changer; the virus appears to be better at immunizing than the novel vaccines. There are some countries that have already relaxed some of their restrictions and, in the case of Denmark, it is the first country to officially eliminate all restrictions. The game of dominoes has begun.

Overall, I believe the protest has been peaceful. Yes, there have been some troublemakers, but I doubt if there has ever been a protest without outliers who don’t embody the stated goals and message of the organized movement.

There is no such thing as a civil movement where everyone is acting in perfect unison. That type of uniformity is reserved for government organized convoys such as the military, who have the resources and provisions to screen every single member and perform extensive background checks.

Unfortunately, true to form, once the protest took root it became an outlet for the extremes on both sides to dig in and start spinning the message to fit with their own agenda.

Disturbingly, there is a large number of Canadians who have seemingly built their personal identity around being ‘vaccinated,’ and seeing themselves as ‘better’ than the unvaccinated and at times their response can emulate a witch-hunt.

A “witch-hunt” metaphorically means a campaign that is usually directed, by a clear majority, against a person or marginalized group, supposedly to uncover subversive activity, disloyalty, or unpopular views.

If allowed to grow, it can also involve elements of moral panic or mass hysteria. I know these modern day witch hunters will never be appeased till every single person, world-wide, is vaccinated. For the more realistic moderates, once they get past the fear mongering, it is simply a feeling of unease and occasional reaction or condemnation of an isolated but unacceptable event.

The convoy protest has been an opportunity for people in both extreme camps to vent their opposing views and extreme narratives, this is predictable but still unfortunate and we see this demonstrated on TV, radio, in op-ed articles, social media, and in this forum’s comments section.

I do want to say I am personally fed up with the cult-like self-righteousness, censorship, disrespect, discrimination and demonization of the marginalized second class citizens labelled anti-vaxxers. This minority group includes the unvaccinated, anyone with a compromised medical condition and those with immunity from having experienced the dominant Omicron variant.

I am always amazed at the righteousness of those who are okay with labeling those they have never met, grouping them like cattle, taking away their individuality and branding them to discredit them. Marginalization is a shameful tool that I continue to see used day after day by COVID extremists or what I like to call the branch Covidians.

It is time to end mandates and end all restrictions and just accept we will never eradicate this virus. Restrictions are no longer useful. We can learn to live with this virus, we can manage it. Let people self-isolate when they feel the need to, start recommending early treatments, live a healthier lifestyle and take special care of those who really need it.

For those in the most vulnerable of groups — the elderly, the obese and immune compromised — the benefits of vaccination could certainly outweigh the risks of COVID-19 infection, but leave the rest of us alone unless we offer our informed consent.

The Covidians need to lower the rhetoric of condemning and demonizing the unvaccinated and stop calling us anti-vaxxers. Yes, there are some but most of us are simply not willing to take part in a medical experiment, which is what this is.

I agree with Green party leader Sonia Furstenau that there has been a lack of clarity and transparency on the COVID file from our government leaders. There needs to be an independent science table established that can provide clear, evidence-based communication, in order to restore public confidence.

For years we have needed more capacity in our hospitals and better health care models, simply saying it is all COVID is a cop-out. “Vaccine Passports” for a ‘vaccine’ that after some time we see clearly doesn’t prevent transmission or infection, is just one of the dumbest authoritarian concepts I have seen.

I had to sell my coffee shop because I could no longer accept being seen as a leper in my own business by a percentage of fearful misguided customers. The psychological effect of vaccine passports, on the misinformed vaccinated, has been to create mass hysteria and a fear of being in the same room or even near someone who is unvaccinated.

If I ever did have to go into my business, I had to enter unseen by the back door and then stay hidden in the basement, to not jeopardize the financial well-being of the business, which helped support 10 innocent employees and their families. I also couldn’t trust my government or city to not someday mandate me from ever going into my own business, so I was motivated to sell it.

The genetic technology that created these novel vaccines, or what I call an experimental remedy, has redefined our understanding of vaccine efficacy versus vaccine effectiveness.

We now know about some of the documented adverse effects from these novel vaccines. I believe the most egregious step in this declared pandemic is the campaign to vaccinate our children. The benefit of this experimental remedy does not outweigh the risk to our children’s developing immune systems, given the general overall minimal health risk of the Omicron virus. It is not our children’s job to keep adults safe.

It takes a leap of faith, at this early stage, as we don’t know what the long-term safety or long-term effects will be. European Union regulators have warned that “frequent” Covid-19 booster shots could weaken the immune system and may not be feasible.

Nobody should ever be forced to put anything into their bodies they do not want and this is why many of us oppose these mandates, a person’s fundamental right of bodily autonomy is what is being threatened. Where there is risk, there needs to be choice.

Denis Walsh is a business person and Kamloops City councillor. He has been a resident of Kamloops since 1980.

7 Comments on  WALSH – Pandemic restrictions are no longer useful; end the mandates