December 27, 2021 – It’s the holiday season and Canadians are being told to limit their social contacts as the COVID-19 virus sweeps across the country.

Many wait for their turn to get an immunization that will help protect them and hopefully bring the end of the pandemic one step closer.

Those sentences could be used to describe both December 2020 AND December 2021. While much of the world feels like it’s in a COVID-19-induced holding pattern, key issues continue to shape and shift Canadians and their country.

From your team at the non-profit Angus Reid Institute, here are five issues to watch in 2022. COVID-19 and its various variants will continue to be intertwined into all other issues affecting Canadians.

It’s the umbrella casting shade over all other stories and is therefore not mentioned as its own item to watch. We’ve all been watching it for a long, long time. 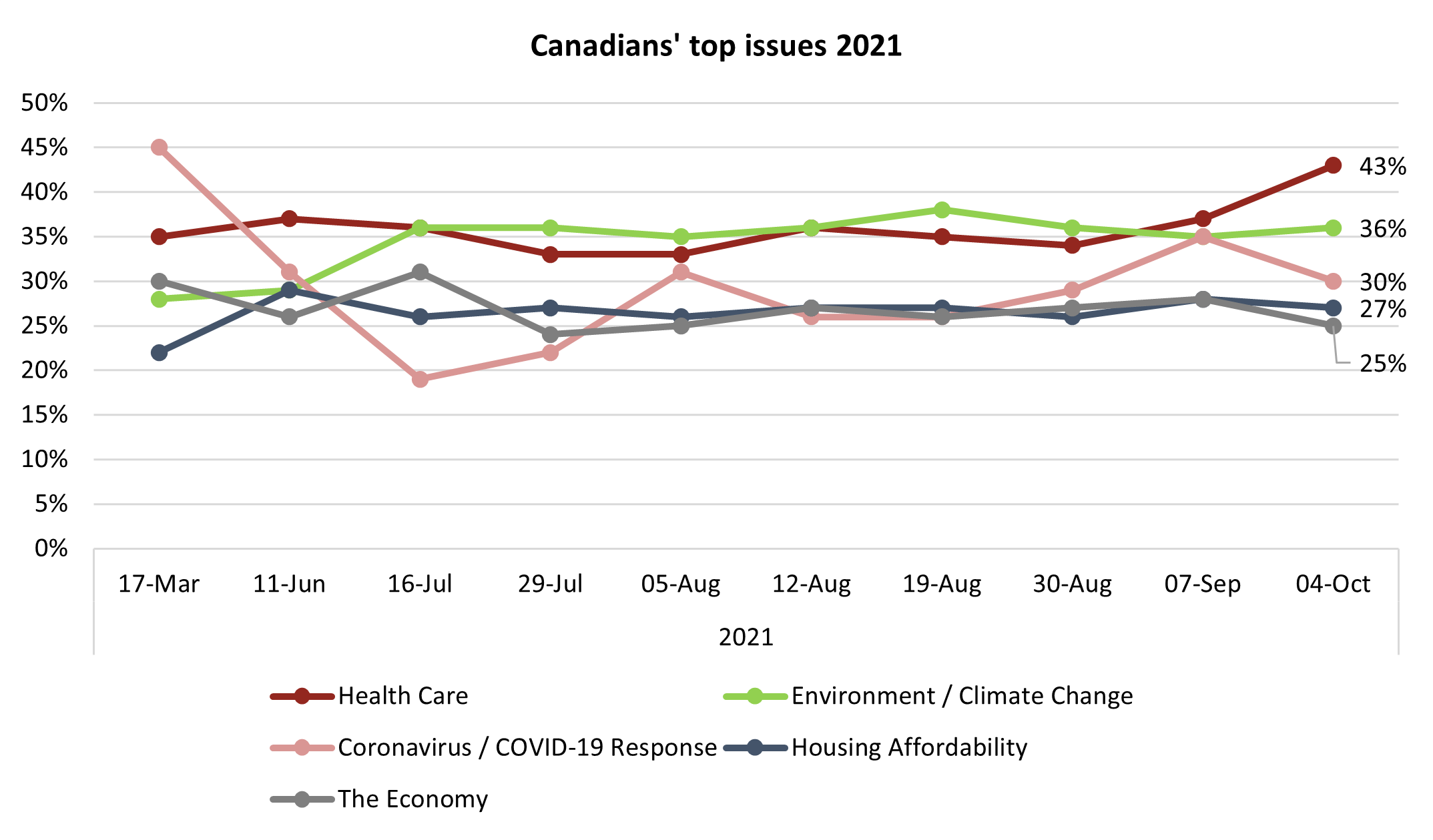 1. How do governments respond to pressing issue of climate change

How do governments respond to the threat of climate change after a year of unprecedented weather disasters across the country and around the world?

A record-breaking heatwave in the Pacific Northwest claimed the lives of hundreds of people and led to mass casualty events among marine animals. Wildfires ravaged much of the world, including in British Columbia where the town of Lytton was devastated by the eponymously named wildfire. Parts of the globe also experienced record breaking precipitation, which inundated metro systems in China, caused extensive flooding across Germany and Belgium, and led to what may be Canada’s most expensive climate disaster in British Columbia.

Climate change has consistently been a top issue across the country this year. Despite the implosion of the federal Green party, concerns over the environment and climate change played an important role in the country’s national election in 2021. Observers noted that this was the first election in which all (elected) parties brought serious climate plans to the table, with climate modelling experts vetting both the incumbent Liberals and the CPC proposals.