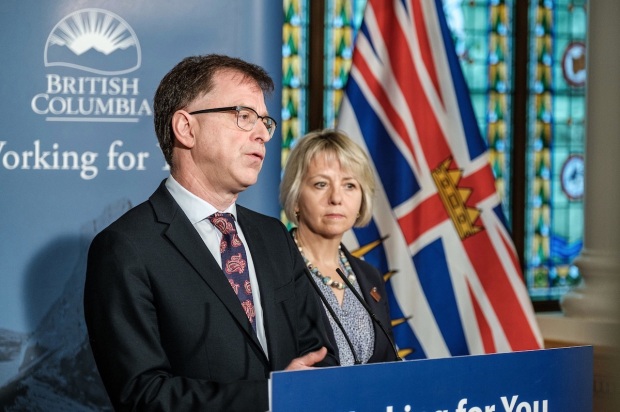 As a three-term Kamloops City Councillor, I am pleased to see that city administrators have shown some common sense and compassion by backing away from the very harsh Covid-19 vaccination mandate that was originally proposed for our city employees, who were at risk of losing their livelihoods if not vaccinated.

The city is now planning to bring forward an alternative scenario that requires frequent rapid testing for those who are not vaccinated, a far less harmful option, and one which brings even better safety to the workplace in my studied opinion.

I note that this transition to a much more positive outcome was made possible after the Province of British Columbia offered to step up and pay for the frequent rapid testing, for which I heartily congratulate you.

But I must share with you that I am convinced mass vaccination mandates across B.C. are unethical and quite an affront to basic human rights, and even to democracy as we have known it.

The purpose of this letter is to request that you take a second look at the suffering and harm you are putting into place by establishing and encouraging vaccine mandates in various jurisdictions and workplaces right across the province.  It’s a huge and unnecessary tragedy, hurtful to a lot of good citizens — is this really the legacy you want to leave after working so long and hard to try to be seen to be acting with balance during this pandemic?

Dr. Henry, have you forgotten that one basic principle essential to the Hippocratic Oath: “First do no harm”?  How many children and families are about to be seriously harmed with widespread, far-reaching firings over vaccination mandates?

Min. Dix, have you forgotten that BC human rights law directly speaks against political vaccination mandates without a priority consideration for human rights?  The B.C. Human Rights Commissioner has stated that any vaccine mandate must be “necessary due to a lack of less-intrusive alternatives: vaccine policies should be a last resort, relied on only if other methods—- such as social distancing, implementing work from home policies, and wearing masks — are ineffective.”  We now know, of course, that ‘frequent rapid testing’ must be added to that list of options.

I urge you both to dig in a little harder by bringing these less intrusive alternatives into play in critical situations right across our province – until you do, can you really say we are at a place of last resort?

I request that you now step up and show greater balance and have some compassion for thousands of innocent, hardworking people who are to be fired over vaccination mandates, simply by offering them the same frequent rapid-testing alternative that has been given Kamloops.  The precedent has been set, why should this not be offered elsewhere?

As it brings forward its new plan, the City of Kamloops obviously intends to first go with the less intrusive methods spelled out in human rights law according to the Human Rights Commissioner, and I am quite confident we will be able to do this successfully. Why can’t the province do the same?

The Ontario and Quebec governments – worried about a huge loss of workers in hospitals and health care – have dropped their vaccine mandate rules.

Ontario Premier Doug Ford said his government won’t require hospital workers to get vaccinated, while most health-care groups believe the shots are necessary. Hospitals could continue allowing workers to be regularly tested for COVID-19 instead.

Continuing to force the 22,000 unvaccinated Quebec health-care workers to get the shots or lose their jobs would have “devastating consequences,” said Health Minister Christian Dube.

8 Comments on LETTER – Walsh: Get rid of unethical mass vaccination mandates in B.C.