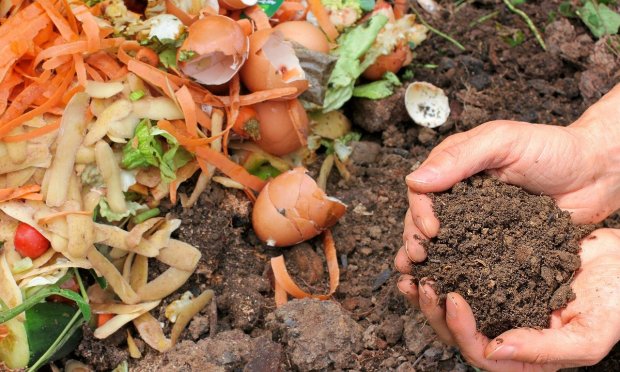 The City’s curbside organic waste collection pilot Program officially began Sept. 20 and in the first three weeks, 32,500 kg of organic waste was collected and diverted from the landfill.

“We are happy to see that so many residents started using the carts right away, and we hope to see more organics carts at the curb now that most residents on pilot routes are aware that the pilot has begun,” said Glen Farrow, the City’s streets and environmental services manager.

“As a pilot program, we are testing organic waste collection to learn what works well, what could be improved for a community-wide program, and the barriers to participation. The more people we have participating, the more data and feedback we can collect,” said Farrow.

All pilot residents, whether they are using the organics carts or not, are invited to take the first pilot program survey, open until Oct. 29. Respondents can enter to win one of three $100 gift cards to Downtown Kamloops businesses.

Pilot residents are also encouraged to subscribe to monthly e-newsletter updates. Survey links will be shared through e-newsletters (or by mail), to subscribed participants only.

With the launch of the pilot and the changes to a familiar waste collection system, there have been several learning opportunities, according to the City.

“Our research into other municipalities with organics programs showed other communities have successfully adapted to biweekly garbage collection.

“Approximately 42 per cent of household trash can be composted as organic waste, so placing that waste into the organics cart means less garbage overall, and in turn that supports a shift to biweekly garbage collection.”

Another challenge revolves around best practices in lining the kitchen organic waste bin. Bins should be lined with paper-based products like paper bags, cereal boxes, or folded newspaper to help keep them clean.

Unfortunately, some commercial compost bin liners labelled as compostable or biodegradable do not break down in the composting facility.

“The composting facility we are currently using does not accept compostable or biodegradable plastic bag bin liners. These items take much longer to break down and leave behind small pieces of plastics, contaminating the finished compost product,” explained Farrow.

During the public engagement phase, the potential for wildlife interactions was expressed as a concern by many. Wildlife, including bears, are attracted to the smell of organic waste whether it is in a garbage cart, organics cart, backyard compost, a fruit tree, a BBQ, in bird feeders, or pet food left outdoors.

So far, the City has not received any reports from either pilot residents or conservation officers of bears related to organics carts on pilot routes. Residents are reminded to properly manage organic material on their property to reduce wildlife attractants.

Some tips to reduce attractants in waste include wrapping meat scraps and bones in newspaper or paper towel, consider freezing meat and fish scraps until collection day, and layering organics carts with dry material such as yard waste or newspaper.

Residents unsure if they are on a pilot route or not, can visit Kamloops.ca/OrganicsPilot to view a pilot routes map.

More background on the Curbside Organic Waste Collection Program is available at LetsTalk.Kamloops.ca/Organics.