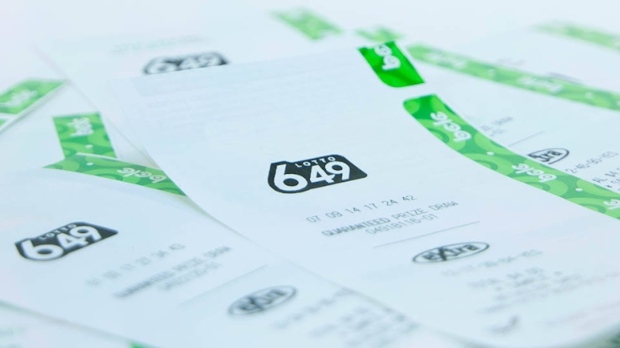 SOMEBODY IN BURNABY bought a Lotto Max ticket worth $70 million last week. Dunno who. If anyone claimed the prize, the biggest in B.C. history, they haven’t announced it.

It’s hard to wrap your head around a number so huge. For that kind of money you could buy a small town in Saskatchewan, or half a house in the Uplands.

Much easier to relate to the $675,000 claimed by Joseph Horne and Sheila Thomas, a Saanichton couple who just got lucky in another lottery, the Set for Life scratch-and-win.

It’s also easy to relate to Horne’s reaction when they won: according to the lottery corporation, he fell to his knees and began to laugh.

That, dear reader, is the proper way to win the lottery — with joy and the relief that comes from knowing the weight is gone. That’s the dream they sell in the commercials.

It doesn’t always work out that way, of course. A stroke of good luck can be matched by a stroke of bad. Last week, a Michigan man was found dead, presumably drowned in a boating accident, with a $45,000 US lottery ticket in his wallet.

Also, history is full of cautionary tales of lottery winners who hit the ditch after hitting it rich, unable to handle the change. Nor does sudden wealth ensure that wayward people will turn to the straight and narrow. In 2005, the New York Times reported that since winning £9.7 million three years earlier, when he collected his prize while wearing a court-ordered ankle bracelet, a British man had ripped a chandelier from a hotel ceiling while swinging on it, spent three months in jail on drug charges, been fined for vandalism, been convicted of sling-shotting ball bearings through 32 car and shop windows and been ordered to stop holding demolition derbies in his junk-strewn yard.

“He has proved since winning that he is not the sort of person to let money turn his head,” reported the Times. “He has kept having run-ins with the authorities, the only difference being that he now drives nicer cars to court.”

But tales like that are not why people buy lottery tickets. They do so because of stories like that of the Parksville newlyweds who in 1995 collected $5 million after the wife, a part-time maid, decided to use their very last dollar to buy a 6/49 ticket. The dollar was the change she received after buying the ingredients for a special Sunday cheese-and-sausage omelette for her paraplegic husband. That’s the best Island lottery-winner story ever.

For here’s the deal. People don’t buy tickets thinking they’re going to win. They do so believing that someone like that Parksville couple, or someone like Thomas and Horne, ordinary people like themselves, are about to have the best surprise of their life.

Sure, we can fantasize about the Big One. Some of the most bitter disputes are between people arguing over how they would spend winnings that exist in theory only. (Really, it’s like watching Leafs fans fight over the parade route, or Greens debate what they would do once in power.) But in reality most of us know deep down that we have better odds of getting COVID than getting rich, that the best we can do is live vicariously through someone else.

That’s why we’re so keen to hear their plans for their winnings. We hate it when winners say they plan to do nothing but invest prudently, maybe fix the roof, but otherwise not change much. When you win the lottery, you are winning on behalf of every high-mortgage, low-morale wage slave. It is their money you are spending, and therefore it’s your moral obligation to live their fantasies, to go nuts on their behalf. To do otherwise, to choose prudence over profligacy, would be a betrayal of trust.

On the other hand, we like it when we hear about people like Thomas and Horne, who said they want to help build a lacrosse box for their community. Good for them.

The worst thing you can do? Win and not know it. Twice in the past three years $1-million lottery tickets sold on Vancouver Island have expired after going unclaimed. That’s as crazy as being offered a life-saving vaccine and not taking it. If you have been in Burnaby recently, check your wallet.