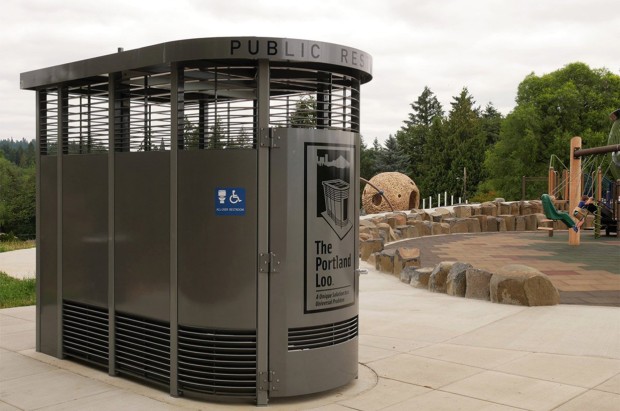 That’s how much the NDP government is spending on a public washroom in Vancouver, much to the professed astonishment of the BC Liberals.

They’ve been having a field day with it, insisting on calling the washroom a “toilet.”

“Can you believe it?” asks jobs critic Todd Stone in a message to party supporters.

“With many British Columbians struggling with the economic fallout from the ongoing global pandemic, John Horgan and the NDP are spending over half a million dollars on a public toilet.”

That, he says, is “outrageous.” And, of course, “incompetent.”

The BC branch of the Canadian Taxpayers Federation has gotten off the pot and onto the bandwagon on this one, too.

The expenditure even made Fox News and the New York post.

The so-called “toilet” is actually a pre-manufactured washroom, designed to be indestructible, and is to be installed at a park. Nicknamed the Portland loo after the U.S. city in which it’s made, the toilet design was once considered by Kamloops City council for downtown.

What Stone doesn’t talk about is the reasons behind the big price tag in Vancouver. Today’s basic price for a Portland loo is $150,000 but that doesn’t include installation.

In Vancouver’s case, there are no water or sewer services at the site. Add in engineering, installation of water and sewage lines, and environmental assessments, and it apparently adds up to $645,000.

The cost will be met through the COVID-19 inspired Community Economic Recovery Infrastructure Program that gives grants to local governments.

Bottom line, if you will, is that we can certainly question why the ancillary costs are so ridiculously steep, and why a better location or a better project can’t be found but if the Libs are going to raise a stink they should at least tell the whole story.