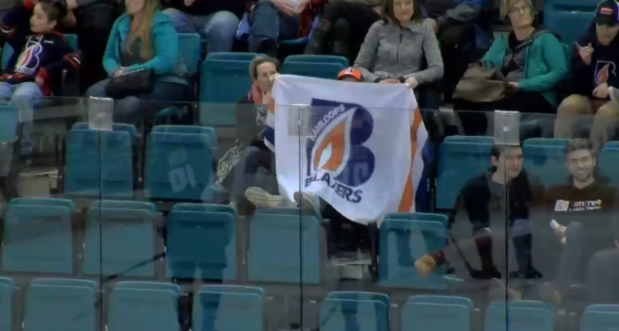 AH, THE GOOD OL’ HOCKEY GAME. The hold it has on us as Canadians was well illustrated as Kamloops council wrestled with what to do about the Kamloops Blazers, who may or may not return to the ice sometime this fall or winter.

City staff asked permission to re-open the Sandman Centre to play once the Western Hockey League decides what it’s going to do about the upcoming season. It was one of several recommendations to re-open City facilities but this one was especially contentious, as well it should have been, since money is involved.

A lengthy discussion ensued, which centered around potential costs, and nervousness about plunging ahead with scant information. Coun. Mike O’Reilly proposed that a decision be postponed until there’s firm word from the WHL.

Coun. Denis Walsh agreed, pointing out council had previously decided to shoot for a zero-per-cent budget increase next year. Coun. Arjun Singh hedged, saying council wasn’t committed to zero per cent, only to reducing the tax increase as much as possible.

Mayor Ken Christian didn’t like postponing a decision because it might interfere with the team’s marketing. And Coun. Dale Bass mused about how the good ol’ game would bring joy to a public feeling down in the dumps about the COVID-19 pandemic.

And that’s the crux of the matter. How important is hockey to Kamloops? How much are fans willing to pay for it? Are they willing to give “carte blanche” on this one, as Walsh put it?

Maybe not quite. The motion to postpone was defeated but Walsh’s amendment that the re-opening of the rink would be subject not just to clarification from the WHL but “acceptable to administration” was approved.

So now it’s in administration’s hands to safeguard the public purse. Will taxpayers fret about possible costs, or will they be thankful if they can get some normalcy back and watch local hockey again, albeit remotely?

I suspect the latter.