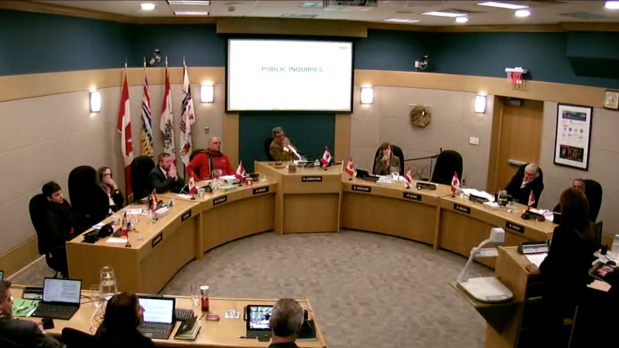 An attempt to shut down the Trans Mountain pipeline through Westsyde and move it to the Lac du Bois grasslands was shot down in flames today (Jan. 14, 2020).

A notice of motion from Coun. Denis Walsh to ask the Canada Energy Regulator to order TMX to make a change in its route for the twinning expansion came up for debate but got short shrift from his fellow councillors.

Walsh contradicted that when his motion came up, acknowledging that the TM pipeline has a good safety record “overall” but “pipelines do have problems, whether it’s from welds or somebody with a backhoe hitting it or whatever, there is a potential risk.”

Most councillors didn’t speak to the motion but Coun. Sady Hunter said she hasn’t received any complaints about the pipeline while Coun. Arjun Singh said he couldn’t “find any evidence” that the pipeline is unsafe. “I don’t think we’re experts in pipeline safety.”

Coul. Kathy Sinclair agreed there’s “no immediate threat” but tried an amendment to soften Walsh’s motion by wording a letter to the CER requesting the pipeline be moved. That was defeated.

The main motion was also defeated, by a vote of 7-1. Coun. Dieter Dudy was absent.