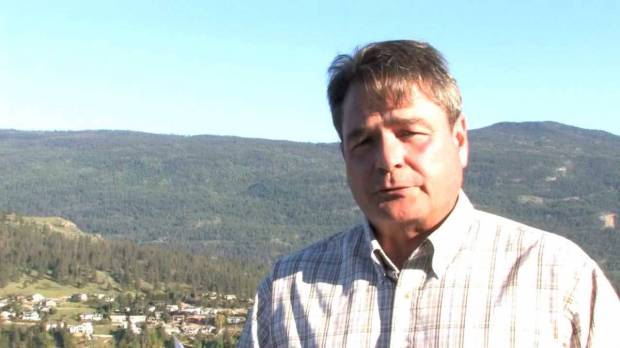 ON MONDAY (Oct. 2) I posted on social media, rumors that the BC Conservatives might be announcing an Interim Leader.  That did indeed come true at 7 a.m. this morning (Wednesday, Oct. 4, 2017).

The Executive and Board of the BC Conservative Party announced that Vernon City Councillor, and four term BC Conservative board member, Scott Anderson would take on the role. 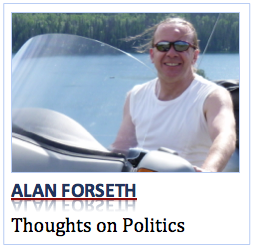 In an early morning media release, Anderson was quoted stating:
“Having been on the inside through both the hard times and the good times, I can say with complete candor that I have never seen the party so united and energetic as it is now. My intention is to help brand the party as a home for all fiscal conservatives, including the thousands of former BC Liberals who were betrayed and left out in the cold by the recent Liberal Throne Speech.”

He continued, “I believe that this is the time for all small ‘c’ conservatives to unite, no longer abandoning your core beliefs for an alleged ‘coalition’ that will do and say anything for your vote.”

After hitting Social Media online this morning at 7 a.m. with this announcement, former BC Conservative member, candidate, and board member, Ben Besler (also a writer on this blog) commented:

With the split the vote argument being destroyed by the Liberals in the last election, I know BC is ripe for new ideas; but is it ready to bring in a new official party to the legislature? I don’t know. And what of Dianne Watts bid for leader of the BC Liberals? Is she not the voice that conservatives have been looking for?

Another fellow writer to this blog, Sandy Mcdougall also stated:
Diane Watts is not my choice but I wish her well should she become leader of the B.C. Liberal Party.

Remarking specifically to Ben, I commented:

I think BC is ready for a party, whatever it’s name, that will bring integrity back — and one that is NOT the coalition of chaos. I have fingers crossed its the BC Conservative Party.

Leah McCulloch (former BC Conservative MLA candidate for Comox Cowichan) said it right, “I ran because I wanted to hold the Liberals accountable and that’s exactly what’s happened. They will have to look at themselves, how they have governed and how they have treated people. And that’s a good thing.”

As did Chloe Ellis with, “What is our vision for the province? We need to excite … and inspire.”

All that aside, I think you just wrote the first paragraph of you next post. Look forward to reading it later today.

To which Ben of course sent a smiley face.  HEY BEN, I’m still waiting  🙂 back at you.

Continuing on the post, Sandy came back to say,

“Although I am still reluctantly clinging to my status as belonging to no provincial party, I am encouraged by this news. I like Alan’s description of the Liberals as the coalition of chaos.”

I’d love to take credit for that, and unfortunately I wrongly attributed it to Chloe Ellis the other day, however it apparently came from Provincial and Federal Conservative Board member Peter Ker.

I also wish to state her and now … and once again … I fail completely to understand how ANY federal Liberal could or would associate themselves with the BC Liberals.

The BC Liberal Party, despite any and all protestations, has always been more allied at the top with federal Liberals rather than the Conservatives.

And this was especially so during the leadership of Christy Clark.

For true small ‘c’ conservative in BC, Dianne Watts will (and IS believe) losing credibility — much the same as Stockwell Day did.  Conservatives are NOT Liberals … nor, especially in BC, are Liberals Conservative.

AND … one more comment for the BC Conservative Party.  Please do not simply focus on being fiscal conservatives.  The people of BC will need to know what benefits there are to a government that is fiscally conservative (or responsible as I prefer to say).

Again this is simply MY OPINION, however conservatives need to show that it does actually allow for people that offer a real hand up (not hand-out) to those in need … that being fiscally responsible will allow them to build schools and hire teachers … and that being fiscally responsible will allow improvements, with far more ease, to the health requirements of all British Columbians.

And those are just the basics.

BC has NO NEED for a new centrist party … or another centre-left party.  Once the GreeNDP has shown itself to be fiscally irresponsible, this province should not hand over the keys of the legislature to the BC Liberal coalition of chaos.

BC will need a fiscally responsible party, with a platform that clearly shows how, and why, supporting them will benefit the people of BC. That party should, and can, be the BC Conservatives.

What thoughts do you have on the matter?  Do you agree or disagree?  The floors yours, and I’d love to hear from you!