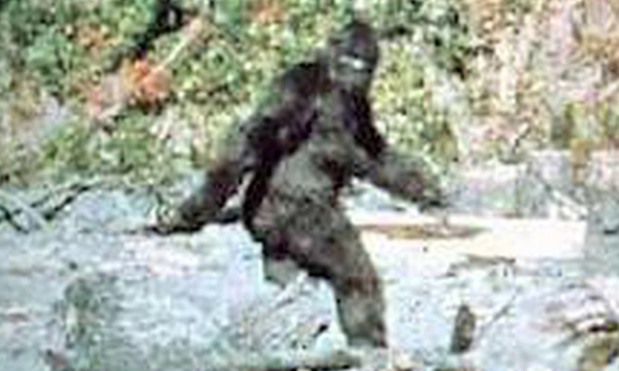 This famous 1967 photo was purported to be of a Sasquatch. (Image: Wikipedia)

OVER ALL THE YEARS I have been getting guidance from psychologists and psychiatrists they always encouraged me to be introspective. I got good at it. Now I’m too good at introspection.

Partly it’s about digging in yourself and getting earthy honest about who you really are…what you really want.

I interpret my own dreams too…without going too deep. Killed my father in several dreams… not fun. Scary when you wake up. 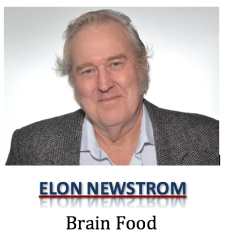 Introspection was huge in getting clean and sober after 25 of being a knock-down, drag-out alcoholic-drug addict.

Not bragging… just saying. It’s not bragging if you can do it. I’ve done it. I’m clean and sober now for more years than I was that rang-a-tang berserker you wish you’d never met. Still rough around the edges; girlfriend calls me Sasquatch.

So about this bashed finger and thinking I subconsciously engineered my own victim situation so I could get an exam deferral… relax, dear self. Recently my mentors have been telling me not to be so hard on myself.

Maybe on the day, rolling a 400-lb. jag of birch fire wood down little hill towards that, oh, so immoveable retaining wall, was just the way my universe unfolded into OUCH! Pinch point, 18 stitches, guilt. Yes, too much introspection.

This column is partly about how to follow those unfoldings with grace. As a bronco rider told me, “Tuck and roll. Tuck and roll.”

So to claim that someone’s problems are “all in their head” is not exactly true in the way that it can be used as an excuse or when a person is shamed.

These issues are in our heads but it is not as if we can magically turn them on or off just by willing better behaviour to appear. Old habits die hard. So do distractions.

Whatever the case, how and what we think, feel and act are what make us unique. There has never been and never will be, anyone like you.

Amen considers the brain to be encompassed by the soul. It is interesting to compare what Ignance Lepp wrote about the soul. He described the soul as the organizing principle of living beings. That women, for example, were naturally adept at organizing the preparation of food because they have babies and men are proficient at going out and bringing home the bacon, hunting.

In today’s world this is vastly more complex in what we see as everyday performance outside of the old gender norms. Yet when referring to an individual’s nature we hear it expressed as being in her DNA.

Behind that is the history of the tired old nature or nurture dialogue.

It appears Daniel Amen was one of the first psychiatrists to develop the brain imaging that led to actual pictures of what was happening inside the brains physiology. Better understandings of brain plasticity followed. His work made strides into helping patients reduce pain, anxiety, depression, anger rage, the effects of ADD and other common mental hang ups.

Now we don’t hear much about the soul, the psyche or the organizing principle of living beings. But we do hear about a person’s DNA.

Given the research and discoveries to date it’s probably more accurate to think of individual brain cells and the ways they interact.

So do I have a brain cell for courage, another for its opposite, fear? And a third for a sense of self protection and safety? Do I have a system of thinking through my fears to see if they are totally without substance?  Presumably courage can take the field and I will surge forward in my nearest and focused next challenge.

I recall that even recently I fell into a deep funk before an exam and would have to remind myself, “For God sakes, I am not going to my own hanging!”

“It’s just an exam. What’s the worst thing that can happen if I bomb?  Will they draw and quarter me with Clydesdales?”

So fades my exam anxiety. It used to eat me up. Before you read my next column I will have written and passed the last exams of this semester.

Over the summer I will continue doing math and reading and writing about this marvellous pursuit: the brain that can change how it thinks.

Elon Newstrom is a Kamloops resident and part-time TRU student who is delving into his own brain, and other people’s brains, too.