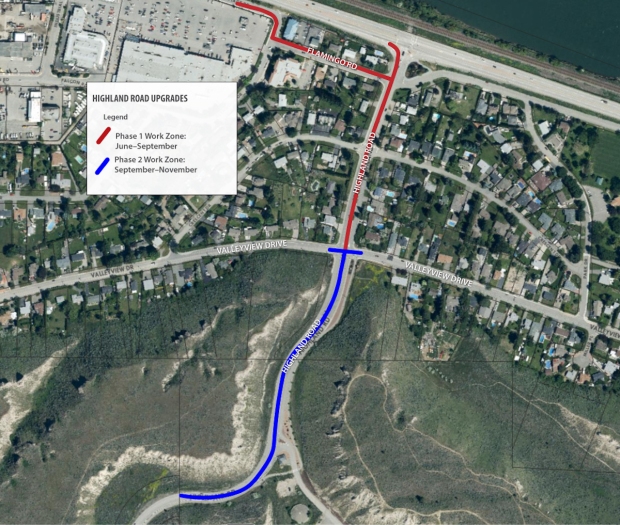 A MAJOR PROJECT by the City of Kamloops on Highland Road between Valleyview arena and the highway, is now well underway. 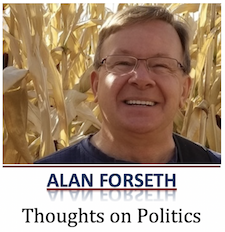 This project includes the installation of new water and sewer mains, installation of a new sidewalk from the highway to Valleyview Drive, along with repaving at the bottom of Highland up to the arena as well as on Flamingo Road – it’s all much needed work.

One so-called improvement, however, just doesn’t make sense and that’s the plan to install traffic signals at the intersection of Highland and Valleyview Drive.

While I’m no technical engineer when it comes to road design, as a 30-year resident of Juniper Ridge, I think I have a fairly good grasp of how well that intersection currently works – and it works just fine, thank you very much.

Despite that, the City of Kamloops traffic/ engineering department has decided this intersection is in desperate need of a traffic light.

According to an individual in the know (let’s call them Bill), the decision dates back several years and is just now on the radar of city staff; it was made based on traffic templates, and the number of vehicles.

Interesting thing though – logic played no role in the decision – because operational decisions are made based on the expertise of City traffic engineers.

Because I had a few observations and concerns about the decision to install the traffic light, at ‘Bill’s’ suggestion, I called the traffic/ engineering department at the City of Kamloops to personally ask about how and why it was made.

The first is that I am not aware of anyone that has ‘asked’ to have this change made, and there was definitely NO attempt made to ask residents in the area if this was something they thought was necessary.

Traffic already moves smoothly through this intersection with the current 4-way stop. I use that intersection at a variety of times during the day, and there is really never any big hold-up to get through; the exception of course being right now with the amount of traffic being diverted to Valleyview Drive due to the closure of Highland between the highway and Flamingo Road.

I got the same response as ‘Bill’ did. They’ve done traffic counts, studied safety issues, looked at similar situations in other cities, and used their ‘expertise’ as traffic engineers to make the determination.

There is a bigger concern which I also raised; a safety issue which I guaranteed will come up this winter. Come winter snowfalls, and before city snowplows are able to get to Highland, many drivers have carefully used the four-way stop as a ‘Yield’, and slowly roll through the intersection so as to maintain traction to get up the hill. With the coming installation of a traffic light, however, that will no longer be possible.

Worse though, is traffic coming down the hill. The intersection of Highland and Valleyview is often times extremely slick and that causes some vehicles, unable to stop, to slide right into the intersection. I have not only seen this happen to others, who were driving cautiously, it has happened to me as well.

I honestly did not get any kind of response as to this foreseeable situation other than they were using their expertise.  AGAIN … no logic was factored into the decision.

There was one additional nugget of information that I got from the individual I spoke with at the City traffic/ engineering department – that’s regarding the extension of a permanent roadway in Juniper Ridge, through to Rose Hill Road. This apparently is supposed to be some kind of solution to the ‘problem’ of Highland being the only exit from Juniper.

I pointed out that Rose Hill Road, being extremely narrow and winding, can barely maintain the traffic that currently uses it, which would therefore require substantial work to make it safe for the additional drivers – all of which I’m sure would require millions of dollars.

The individual I spoke with indicated that sourcing funding was being explored as it would indeed need a major upgrade.

I guess, for me, there is one takeaway from this situation and that’s …

LOGIC BE DAMNED, that traffic light is going in anyway regardless of it’s need, or safety issues that will come about because of its installation.

Not to worry, though. Apparently, once the light is in, City traffic engineers will monitor the situation. To what end I have no idea, as once the deed is done there’s no going back, without the added expenses of what would likely be a LOT of money.

There is one solution, however.

Use logic, AND common sense.

Alan Forseth is a Kamloops resident. For 40 years he has been active, in a number of capacities, in local, provincial and federal politics, including running as a candidate for the BC Reform Party in the 1996 provincial election. He recently was involved in the BC Liberal leadership campaign.