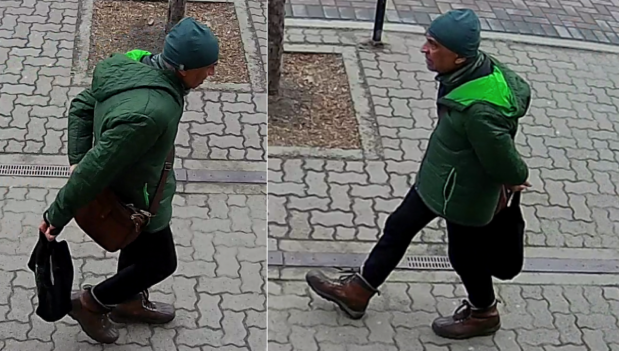 Missing person Mohd Abdullah is believed to be a victim of homicide, following an autopsy Tuesday.

What began as a suspicious death investigation related to the March 17 discovery of a body inside a vehicle on the 1600-block of Monterey Place, is now being treated as a homicide, with police looking for more information on the victim’s movements prior to his death.

Investigators are seeking witnesses who may have seen Abdullah on Friday, March 11, and anytime afterwards, prior to the discovery of his body on March 17.

“We are releasing two images of Mohd getting off a bus in the downtown area on Friday March 11, in hopes that it will spark the memory of any witnesses who may have seen him on that day or afterwards, and assist police in tracking his movements.”

Police have been working with Abdullah’s next of kin and are confident he is the deceased, while they continue to work with the BC Coroner’s Service.

“To help further the investigation and capture all available evidence as soon as possible, police felt it was essential to request the public’s assistance in gathering information and video surveillance related to Mr. Abdullah’s movements as soon as possible,” said Sgt. Baird.

Investigators also continue to seek information on the movements of a white rental van in Kamloops and surrounding rural areas and communities, including Barriere, Clearwater, Valemount, Savana, Cache Creek, and other spots along those corridors.

The van is described as:

The BC Coroner’s Service is conducting a concurrent investigation.