MASS MURDERER DAVID ENNIS, formerly David William Shearing, is up for parole in July, and thousands of people are fighting to make sure he stays in jail.

If he chooses to go in front of the Parole Board of Canada and ask for day parole or full parole, it will be his fourth attempt. In 2008, his application was denied, and again in 2012 after a petition against it collected more than 13,000 signatures.

In 2014, a similar application prompted a petition with more than 15,000. An online petition protesting the prospect of his release this year has attracted almost 40,000 names. On another occasion, he abandoned his application before hearings began.

Those who are too young to remember the events of 1982 can’t easily understand why so many people are determined to keep a man locked up almost 40 years after his crime.

Each time the question of Ennis’ parole comes up, family and friends of the murder victims have to relive the horror of his actions. This time is no different, but it’s important to understand what this man did and why he must not be released.

In the summer of 1982, Port Coquitlam couple George and Edith Bentley, their daughter Jackie of West Kelowna, her husband Bob Johnson, and the Johnsons’ young daughters Janet and Karen went camping near Wells Gray Park. 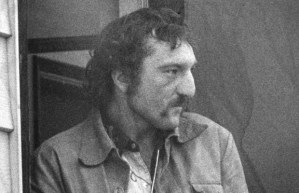 Ennis walked out of the woods and shot and killed all the adults. He kept the children alive for several days, sexually assaulting them numerous times before killing them, too.

Our justice system emphasizes rehabilitation but some people don’t deserve to walk the streets ever again, no matter how convincing a case they make that they’ve changed and are no longer a threat.

David Ennis is one such person. He deserves no compassion, no forgiveness and we simply can’t take the risk of him re-offending.

He must stay locked up.