THERE HAS BEEN a tremendous scrutiny and criticism of policing in recent months. Policing has been the lightning rod for widespread protests.

The scrutiny has provided a window into the failings of policing, specifically the systemic processes and structures that have sustained marginalization. It has also highlighted the incompetence and misconduct of a few, which has unfairly reflected on the entire profession. 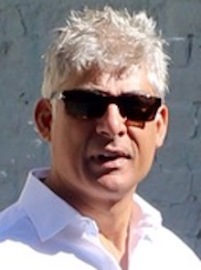 It has become second nature to take on policing as a monolithic profession, to blame all of policing for the delinquency of a few, and it’s been easy to overlook the good.

But overlooking the good is neither fair nor justifiable. The majority of officers join policing for all the right reasons, and despite the unseen vitriol of criminals, witnessing unspeakable carnage and violence, humanity at its worst, the vast majority of police officers continue to try to make their communities better places for everyone.

Policing is amongst the most important institutions of a democratic society; it’s one of the central pillars without which democracy and freedom couldn’t exist.

Yet the vast majority of us have taken our police services for granted.

We ask our police officers to guard us against violence, against those who would take our property, harm our loved ones, those who would cross the line by driving drunk, speeding recklessly, or interfering with our enjoyment of our property and privacy.

We ask our officers to do the unthinkable, to infiltrate violent gangs and terrorist organizations, to operate in the shadows to dismantle human trafficking operations, pedophile groups, extremism. And out of sight of those of us who don’t want to know or be defiled with the details.

In the process, officers encounter dismembered bodies at accident scenes, senseless violence, domestic violence, the tears of parents and small children separated from their loved ones, addicts who have nothing left to live for, victims of pedophilia, young girls forced into prostitution, and tragic suicides. These are the ugly realities of humanity that we would rather believe belong in someone else’s world. But these are the realities police officers encounter daily.

Policing – particularly front-line policing – has become the dumping ground for our worst moments, of how we expect society to treat us and for many of our disappointments.

Yet these officers have to wash off the physiological residue, and return to their own homes, children and spouses. This takes a toll – the psychological damage, the suicides and damaged relationships among police officers that remain largely hidden and concealed from public scrutiny.

Much is expected of police officers. Most of us only encounter a police officer over something comparatively superficial: a traffic stop, reporting a theft, a break and enter, or stolen property, perhaps a noise or neighbour dispute. And when we do, we expect to be treated as if the incident were the crime of the century.

We have also forgotten that policing represents a social contract between the police and the communities they serve. The police are contracted to uphold society’s values. This should not be a one-sided contact. Both police and citizens have responsibilities. The obligations of citizens should be part of the examination of where we want to end up as a society.

Too much of what defines right and wrong today is determined by what the rules and law allow, loopholes and exemptions. Every advantage is extracted until it becomes an abuse, at which time we enact another rule or law.

Societies have come to rely heavily on governance and legislation. As a result, self-sanctioning and normative compliance have been eroded.

The adversarial nature of democratic institutions and the criminal justice system, and a growing litigious propensity have eroded our sense of moral direction, common good, self-sacrifice and social justice. We’ve even had to legislate protections for good intentions: the Apology Act to protect expressions of sympathy or regret involving unfortunate encounters between citizens; the Good Samaritan Act to protect a person who renders emergency medical services or aid to an ill, injured or unconscious person at the immediate scene of an accident or emergency.

Rules and laws are inevitable and necessary in any social context. But their proliferation, and society’s reliance on laws to guide, control and sanction conduct, is not a sign of progress. Rather, it’s a measure of the failure of society to moderate itself.

It’s into this context that policing is thrust.

None of this is to excuse the actions that have highlighted the failings of policing in recent decades, or the systemic barriers that have resulted in the marginalization of too many.

Policing can and must do better, but the fault is not entirely that of the man or woman in uniform on the front-line.

These are people just like you and me. Yet we have almost unrealistic expectations of their abilities. We expect them to remain unaffected by what they encounter, to be gentle and compassionate on the one hand and tough and fearless on the other, to always be at their very best, and flawless.

The reality is very different. New recruits are young, inexperienced about life, and unaccustomed to the unimaginable problems and conflicts to which they will respond. Their success is determined as much by their character and ability as by the systemic structures of support, supervision and training. Many of the dysfunctional consequences in policing are the result of existing systemic failures, organizational culture and performance expectations.

Front-line policing has become a tinder box. Yet few understand what it means to be alone in a back street, facing a violent offender, injured while executing your duties, alone in an undercover project, conducting surveillance without sleep or rest, challenged by situations where use of force was necessary, or been falsely accused of misconduct.

When faced with protests, riots and worse, officers will put themselves between danger and safety and do their duty.

It’s assumed that leadership exists on the top floor of police headquarters. Not so. This is the Monday morning quarterback’s realm. Here, managers calculate the after-action response.

What headquarters is responsible for is ensuring that front line-officers are provided with the tools, training and ability to make leadership decisions in a moment of crisis. And when the front-line officer fails, is incompetent, incapable or even corrupt, that’s the responsibility of management as much as the officer.

Society can do better by being careful not to colour all policing with the same brush stroke. There are good and bad people in every profession. And, yes, policing should endeavour to be flawless, impartial and reliable. But we must do our part to recognize those who work hard, make sacrifices, and continue to demand more of themselves and of us.

While it has been easy to critique and challenge police, we owe much to the good police officer, who we rely on every day to keep us safe, to make the societies we live in places we’re proud to call home.

Anil Anand is a research associate with the Frontier Centre for Public Policy and served as a police officer for 29 years.