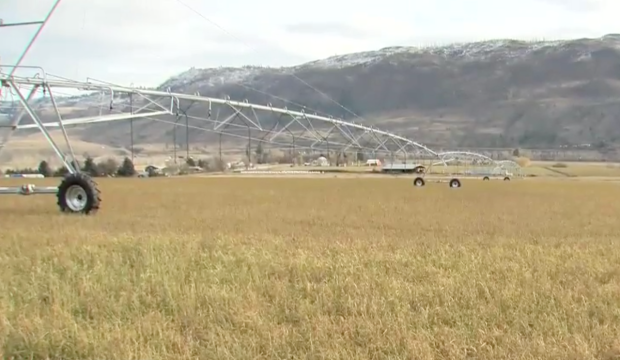 NOBLE CREEK IRRIGATION system users should jump at the City’s offer to pay part of the cost of getting it in shape.

The old system near Dairy Road and Westsyde Road has been a thorn in the side of City Hall since amalgamation. It currently serves 47 agricultural users but is in terrible shape. Council has been trying to figure out what to do with it for years, holding a litany of in camera meetings as well as meetings with the users to look at options.

Why the City allowed the system to deteriorate so much remains unanswered.

But this week, the issue comes into the open with a proposal that City taxpayers cough up 20 per cent of the $14-million cost of upgrades, and users pay 80 per cent. That might sound like an onerous situation for the users and it is.

According to City estimates, individual land owners within the system could be in for a bill of anywhere between about $5,300 all the way up to more than $1.9 million — it depends on the size of the property. That’s not chump change.

Next week, the City will begin what amounts to a reverse petition process under the Community Charter, the legislation that defines the authority of municipalities. That process will allow irrigation system users to decide collectively whether they support borrowing for their share of the upgrades.

If they approve it, they’ll have the option of paying it all up front or amortizing it over 30 years.

A delegation will appear in front of council Tuesday to ask that council scrap the plan and not proceed with establishing a local service area and charging users for most of the cost.

They should reconsider. They should put themselves in the shoes of Kamloops taxpayers, who will be wondering why they should pay one thin dime on top of their own potable water bills to fix a broken irrigation system for 47 users.

They should look at that $2.8 million the City is offering up as the gift it is, and remember the old saying about looking a gift horse in the mouth.