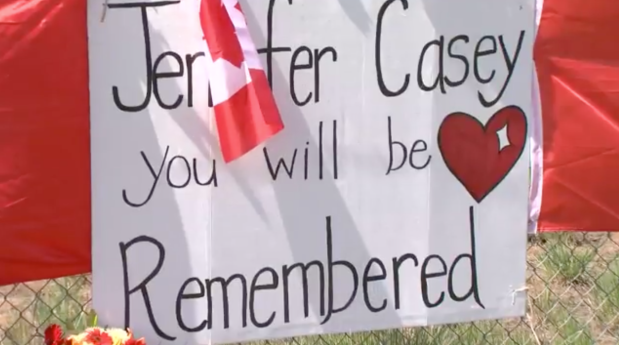 We’re going through one of those times right now. Our strength is being severely tested; our hearts weep for the family and friends of Halifax native Capt. Jenn Casey, killed in that Snowbirds crash on Sunday. All Canadians wish Capt. Richard MacDougall a swift recovery, and our sympathies are with the Snowbirds team.

We can take nothing of any use from this terrible event. Operation Inspiration was supposed to be a cross-Canada tour by our beloved Snowbirds to raise our spirits in this time of COVID-19 and right up until about 11:30 Sunday morning, it was exactly that.

Just as communities had done from east to west during the past two weeks, Kamloops residents thrilled to their performance on Saturday and turned out at the airport Sunday to see them off on the next leg of the tour.

For Nova Scotians, this is especially heartbreaking, coming so soon after the Portapique massacre that included the death of RCMP Const. Heidi Stevenson, and then the loss of naval officer Sub-Lt. Abbigail Cowbrough along with five others in a helicopter crash off the coast of Greece.

But it’s also deeply traumatic for the many Snowbirds admirers and Brocklehurst residents who witnessed Sunday’s horrific crash. Those sights and sounds will be with them forever.

The dozens of videos they captured of the tragedy will help investigators figure out what happened, but nothing can explain why yet another young life had to be taken.

“We’re in this together,” is a phrase we’ve heard often during the past couple of months. We’re all mourning together now for quite another reason, and will be in the time ahead as we try to make sense of something that is too utterly sad for us to comprehend.

A change.org petition has been started to rename Airport Road after Capt. Casey. That would be a fitting tribute to her, and some comfort to us.