A notice of motion from Coun. Denis Walsh asking that City council request the Canada Energy Regulator to order Trans Mountain to shut down its pipeline through Westsyde comes up for debate on Tuesday, Jan. 14, 2020. Following is a position paper on the issue written by Coun. Walsh.

MUCH OF WHAT we are talking about here is new information, certainly to me, and I believe to Kamloops council as well. The documented information submitted to council clearly shows the existing Westsyde Trans Mountain pipeline is unsafe and a threat to Kamloops residents, and also shows that council has a new opportunity (that was previously unavailable) to possibly get this old line decommissioned and relocated so it is instead placed alongside the new twinned expansion pipe at Lac du Bois. 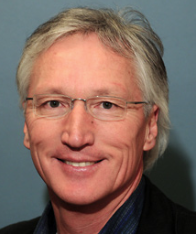 The opportunity to request such a relocation did not exist until a new mandate for the Canada Energy Regulator (CER) took effect in late 2019.

The documented information I have submitted is all factual and verifiable, and I encourage councillors and city staff and the public to check it out for themselves.

— I became more aware of the alarming threats to residents’ safety from this aging pipeline when concerned Kamloops citizens recently forwarded to Kamloops council details of the Keystone pipeline leak last October of around 1.4 million litres of diluted bitumen in North Dakota, toxically contaminating 4.5 acres — which luckily was not in a residential area.

— It was pointed out to council that Keystone and the Trans Mountain Pipeline both can carry diluted bitumen from the Alberta tar sands, but that Keystone is less than 10 years old while Trans Mountain is 66 years old and was built with much lower, now-outdated construction and engineering standards.  I confirmed this for myself with the discovery that Trans Mountain currently has as a selling point on their website the policy that requires new pipeline running through residential areas to have thicker steel which is buried more deeply — thereby verifying that Westsyde pipeline clearly falls short of modern standards. To me, this in itself is ample evidence the Westsyde pipeline is unsafe.

— It is troubling that TMX plans to ramp up the product flowing through the Westsyde pipeline by 50,000 barrels a day.  According to my research, the existing pipeline started in 1953 as a 150,000 barrel per day (bpd) line. Over the years its throughput has been increased to 300,000 bpd, with no substantial upgrade of the Westsyde pipe as far as I know. With the twinning, throughput of this aging pipe is to be increased yet again to 350,000 bpd.

— My information is that the threshold of detection for leaks on the old 24-inch pipe is 2 to 5% of pipeline flow — that’s Trans Mountain’s figures from actual tests. At the post-twinning 350,000 barrels per day figure the company uses, with the threshold of detection ranging 2 to 5% of pipeline flow, that would be 46,375 to 115,937.5 litres per hour that could go undetected. (The 2 to 5% figures comes from a response to a Province of BC information request (pdf page 72) in the 2014 facilities hearing.)

— We know from a very credible pipeline history report commissioned by the City of Vancouver that there have in fact been many spills on the TMP over the years:

Between 1961 and 2013, Trans Mountain reported the “uncontained spillage” of approximately 5,799,700 litres of liquid hydrocarbons, according to this 2013 report, including substantial leaks in Burnaby, Abbotsford and Merritt areas.

“The causes of such spills range from operator error to corrosion to landslides,” says the report. “Overall, there is no identifiable pattern of oil spills on the Trans Mountain pipeline in its more than sixty-year history. Instead, oil spills along the pipeline have occurred in a random and sporadic fashion, often the result of accidents, material failures or unforeseen causes.”

— Many residents were forced to evacuate in separate Burnaby and Abbotsford pipeline ruptures.  (On a different but similar pipeline, 150 families were said to have been permanently evacuated in a 2010 Enbridge diluted bitumen spill in Kalamazoo, Michigan. Many people were sickened from Benzene gas clouds that covered a wide area.)

— The 2007 Burnaby pipeline spill happened because an excavator hit the pipe, so there were people right there and someone phoned the control room. The operator had been following a pipeline map which was made in 1957, but it was not accurate.  It took 24 minutes to shut down the pipe and an hour for it to drain. (This spill involved crude oil, which went into storm drains, a creek and the harbour).

—   Among the documents I have provided council are engineers’ reports obtained from an access to information request in 2014 which provide information on In-Line Inspection results for the 274 km Hargreaves to Darfield section of the existing Trans Mountain line. In it “metal loss” is listed as one type of “feature” identified with the inspections. They talk about analysis of corrosion growth rates and depths, as well as “fatigue-life” in relation to “crack-like” features. So contrary to past company statements touting its “indefinite” lifespan, the pipe clearly does degrade, and we rely on their ability to identify locations that have degraded and conduct integrity digs on those locations.

—  Of interest here is a quote from the aforementioned City of Vancouver TMP historical report: “The North Thompson River, however, was directly exposed to traces of crude oil … in October 1985 when a hydrostatic test failed and broke the pipeline, spilling 520,000 litres of water with crude oil that left a sheen on the surface of the river.”

— Some questions have been raised as to why Kamloops Council was not approached to make such a request in earlier stages of the process, but I hasten to say that we now have an opportunity that has not been available to previous councils.  I have documented to council after looking into it that there is indeed a new mandate which for the first time gives the Canada Energy Regulator (CER) the power and duty to order the relocation of a pipeline if it is unsafe.

“212 (1) The Commission may, by order, on any conditions that it considers appropriate, direct a company to relocate its pipeline if the Commission considers that the relocation is necessary

“(a) to ensure the safety of persons and the pipeline;

“(b) to protect the environment;”

— There has been no general awareness in Kamloops up until now that the Westsyde pipe represents a very real safety risk, or that it would not be relocated away from residential areas with the expansion’s twinning, but this lack of awareness is quickly changing, with many residents now expressing concern.

—  I’m trusting that Kamloops councillors will see the great opportunity we have here and act on behalf of the health and safety of city residents by supporting my motion asking the CER to protect the safety of Kamloops residents by ordering the relocation of the Westsyde Trans Mountain Pipeline.