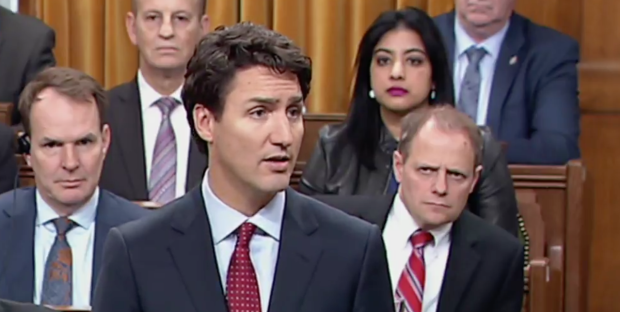 SO OUR DAISIES and sunshine … photo bombing … life is grand. PM Justin Trudeau, along with his Liberal government, has issued a formal apology to a terrorist … who belonged to a terrorist family … who injured, killed, and maimed untold numbers of people.

I don’t give a crap about what anyone else may have to say — this was D I S G U S T I N G, and a slap in the face to all Canadians who believe in justice.

TERRORIST Omar Khadr was captured, and sent to Guantanamo Bay under a PREVIOUS LIBERAL government — he was brought back by a Conservative government.

Regardless however — his CRIME got him where he ended up.  NO ONE, other than his own terrorist father (and other family members), are responsible for that.

Andrew Sheer had it right in this GLOBAL NEWS story:

“This settlement is a choice made by Justin Trudeau … a slap in the face to the men and women in uniform who face incredible danger every day to keep us safe … it’s not just wrong, it’s disgusting.”

Jason Kenny was also right, in comments posted to his Facebook page:
“The Trudeau government believes in compensating terrorists, not victims of terrorism … it appears that the Liberals colluded with Khadr to ensure the widow of US medic Sgt Christopher Speer murdered by Omar Khadr – would be unable to seize Khadr’s multi-million dollar bounty. This is beyond shameful. The Trudeau Liberals have shown, yet again, how deeply out of touch they are with Canadians.”

Terrorists do not — no should not — have the same rights the rest of Canadians, or any other innocent victims of terrorist activities — and there have been hundreds of examples all across the globe in dozens of countries.  When individuals resort to terrorist activities, their right end at the exact moment they make that choice!

In a CBC interview, this puke (Khadr) stated that he hoped the settlement (which most would consider blood money) would help restore his reputation.

“I think it restores a little bit my reputation here in Canada, and I think that’s the biggest thing for me“.

NO Omar — the only thing it does is infuriate the vast majority of Canadians … and further fortifies the unworthiness of Justin Trudeau to lead this country.