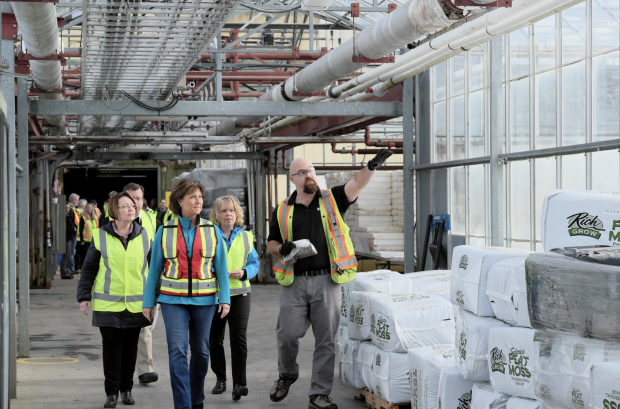 Premier Clark wants us to know how good we have it, but we aren’t any better off than we were. (BC Govt photo)

WANT TO GUESS which provincial political party, waiting to become the next government, said the following?

The words noted above were spoken by the B.C. Liberals prior to the election of 1996. They were words of chastising the NDP government that was in power. They were words that were intended to offer new hope.

While these emotionally charged political statements go back over two decades, I ask you … is anything really any different when it comes to being governed by the B.C. Liberals? It’s 20 years later, and some would say rather than seeing things better for British Columbians, they are, in fact, worse.

Perhaps its could be said that taxes are lower, but then again we are being nickel and dimed in service fees … MSP rates will finally be going down (but NOT for another year) and our B.C. Liberal government continues to add billions in debt.

As I have mentioned on many prior occasions, we have a carbon tax that hits those who live in the interior and north hard, and not just for the fuel required to run our vehicles. It also gets added to basic necessities like home heating fuel, our groceries, and even the clothes we wear.

Those who most need Legal Aid are unable to access it because the funding it is supposed to get is buried instead in general revenue.

Government has pillaged B.C. Hydro and ICBC for billions of dollars, which have disappeared into a bottomless spending pit. Meantime we continue to be hit with large increases to ICBC rates, and Hydro costs.

In fact, if insurance rates are not increased rapidly, ICBC will be in serious financial difficulties.

My friends, we are not better off than we were 20 years ago. Whether governed by the NDP, or by the B.C. Liberals, one is pretty much as bad as the other.

Government is still making life tougher; government raises fees and taxes; government is reckless with increased debt that will have to be paid by current and future generations. Government is providing less services and less front-line workers.

Oh, and where are those promised family doctors? Yah, right, welcome to the world of walk-in clinics. Oh, but those too are now beginning to close.

But, Christy Clark wants us to know how good we have it. That’s why we are now being flooded with taxpayer paid-for advertising extolling the virtues of Christy Clark and her B.C. Liberal government, advertising that is biased to the core and should have been paid for by the Liberals.

Help… where is a strong, independent candidate when we need one?