SATURDAY MORNING EDITORIAL — It’s getting harder for seniors to keep driving. Governments are making it so. 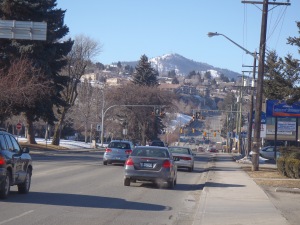 There are signs of concern for fairness in the system, however. As of Monday of this week, for example, Ontario drivers aged 80 or older will have to take a vision test, a driver record review, an improved in-class group education session, and two short in-class screening exercises.

Previously, they had to have their driving records reviewed, attend a group education session and take a written test. If necessary, a road test was next. They’ll still have to undergo the new procedure every two years.

Some say it could have been worse. The province was reportedly considering an “intrusive” computer-based testing program.

CARP, short for Canadian Association of Retired Persons, supports the Ontario changes but has been calling on the province to end outdated licensing protocols it feels unfairly target older drivers.

It wants government to focus on driver improvement programs and ways of increasing safety for all drivers, not just older ones.

CARP makes a good case. Subjecting seniors to automatic licence reviews based on their age is quite simply ageism. Young drivers don’t have to go through the same thing despite the fact statistics show their demographic is responsible for a high percentage of automobile accidents.

In B.C., drivers over 80 don’t have to have a road test but they do need to have a medical exam done to test cognitive and physical ability. The B.C. branch of CARP says that’s is too arbitrary — family physicians are already legally obligated to report patients’ medical problems that might affect driving abilities.

B.C.’s rules for driving seniors have been adjusted based partly on seniors’ supposed aversion to computer testing.

Yet the younger public seems supportive of setting special rules for older seniors. Just this month a public opinion poll commissioned by the B.C. Automobile Association found that almost three-quarters of respondents worried about the safety of senior drivers, and almost half didn’t know how to raise the question of driving safety with their older family members.

Those who defend making driver harder for seniors point to an aging population that is keeping more seniors than ever on the road.

The answer is this: by all means, make sure seniors have the necessary capabilities to continue driving but level the playing field for all ages. Safety concerns should extend to all drivers — young, old or in between.

1 Comment on Driver safety rules should be same for all