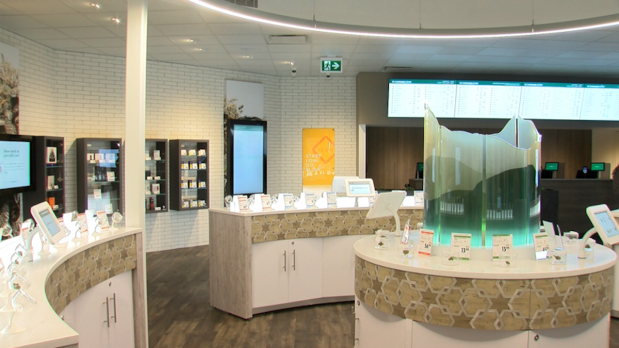 REMEMBER WHEN those first legal cannabis stores arrived in 2018?

Kamloops had the very first one, and when it was set to open, people came from the Okanagan and the Coast to get in line with locals, many arriving hours early.

There were cheers when the doors opened, and pot lovers and the plain curious flooded in to browse the products. They proudly posed for photos and took selfies with their purchases.

A new generation of entrepreneurs could now get in on the ground floor of a multi-million-dollar industry.

A little more than three years later, Kamloops pot shops are catching up to beer and wine stores in numbers. There was another licence application just this week. The industry seems to be doing well.

But, apparently, not well enough. A report from the B.C. Chamber of Commerce says it’s not performing up to its potential in this province.

Tongue in cheek, I assume, the paper says the cannabis industry has “deep roots” here and calls for “joint” initiatives.

Among its proposals are that licensed private retailers be allowed to deliver to customers through such third-party services as Skip the Dishes and Uber Eats, allow licensed producers to sell products direct to consumers within a farm-gate model, remove the added provincial tax on cannabis vape products, and remove the limit on the number of retail locations per operator.

The chamber contends such measures would help eliminate the illicit market and keep marijuana out of the hands of youth — two of the major rationales for legalization. And, by the way, make a bunch more money and create more jobs.

My first thought was, do we really need to be ordering a side of pot with our burger deliveries? But my second thought is, well, cannabis retailers are already allowed to deliver using their own staff. Farming it out to third-party delivery services isn’t such a radical change.