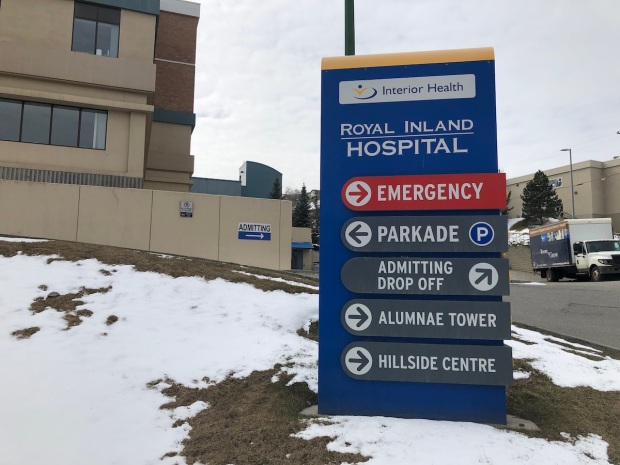 WHEN FACTS AREN’T AVAILABLE, we’re pretty good at filling in the blanks ourselves.

Thus it is with the multiple outbreaks of COVID-19 at Royal Inland Hospital. At least four of them have been reported in the past several days, and speculation is rampant on how it happened.

Could it have been a double-vaxxed staff member who brought it into the hospital from home? Or was it a visitor who wandered onto the wrong floor? Or, or, or.

Whatever the source, the RIH outbreaks highlight once again the strain being put on the system. Images of over-crowded sick wards give rise to suggestions that those who haven’t been vaxxed should have to pay for their own medical care, or not be eligible for health care at all if they catch the virus.

It’s a scenario that would reduce the pressure on hospitals and save some expense. Mostly, though, the sentiment is one of revenge.

This pandemic makes us angry at each other. We see no justice in a COVID-infected anti-vaxxer taking up a bed that could be used by someone else.

But, just a minute. Our healthcare system has never operated on the basis of who deserves care and who doesn’t. When we become sick, we’re treated the same no matter who we are.

Should we now deny health care to prison inmates because they’ve done bad things? Should we take it away from someone who’s been injured in an auto accident he or she caused while driving drunk?

How about someone who’s behind on their taxes? Pay up first, then we’ll let you in?

No, that’s not the way to run a system. Anti-vaxxers deserve the same level of care as anyone else. They’re human beings. We can debate with them, even get mad at them, but when they get the virus, our values say, we’ll look after you.

There’s no room in this country for retribution through the withdrawal of medical care.

2 Comments on EDITORIAL – Should the unvaccinated be ineligible to take up hospital beds?