January 18, 2021 – One of the most unprecedented transitions of U.S. power in modern history – set for Wednesday – will for millions of Americans simultaneously evoke anxiety over safety, celebration among those who voted for the winner, Joe Biden, and anger, despair, or disappointment among those who backed the loser, Donald Trump.

A new Angus Reid Institute public opinion survey finds that while Trump voters’ deference to his style, legacy, and future influence remains strong, a significant minority would like to turn the page.

Asked why they supported the Trump-Pence ticket in 2020, GOP voters fall into four distinct camps based on personality and policies. About a quarter point to admiration for Trump as their number one reason for voting Republican.

A slightly larger segment (30%) chose support for GOP policies as their primary motivation. The rest say their vote was driven by a dislike for the policies of the Democrats or disdain for Biden-Harris leadership.

Those choosing Trump himself as their number one motivation display almost total devotion to every dimension of his narrative. A majority (71%) believe that Trump “definitely won” the election. A further 20 per cent say Trump “probably won”.

Three-quarters believe that he should be the Republican presidential nominee in 2024 and almost as many (74%) say he is one of the greatest presidents in American history.

But for most the Republican voter universe – those driven by GOP policy or a dislike of the Democratic ticket – the change in administration marks a period of reckoning about what comes next.

Even among this latter group, a majority continues to believe in a future party molded by Trump-style politics, while about one-third of those who voted Republican – but not because of Trump – say it’s time for a different approach. 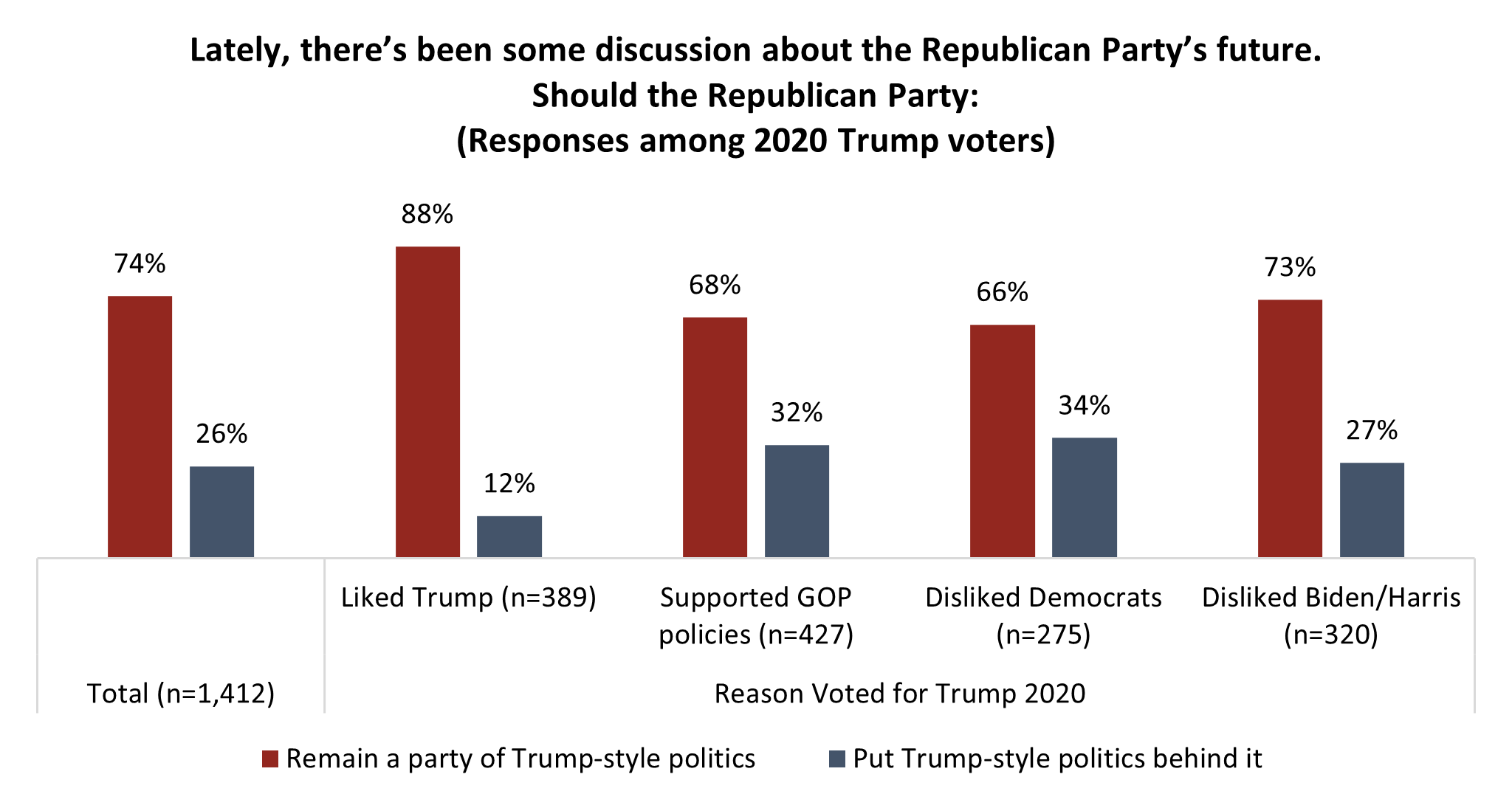