Brownstone Restaurant was once a bank, then City Hall.

The Brownstone on the corner of 1st and Victoria broke ground as the Canadian Bank of Commerce in 1904. For a time, it was even the workplace of the so-called “Bard of the Yukon” Robert Service, a poet and national treasure. 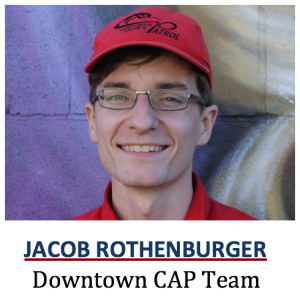 “There are strange things done in the midnight sun,” wrote Service, “but the queerest [the Northern Lights] ever did see/was that night on the marge of Lake Lebarge/I cremated Sam McGee.” McGee, in the poem, is quite pleased about this, because it offers him respite from the bitter northern cold.

From 1953 to 1964, it served as Kamloops City Hall. Today, Brownstone Restaurant offers elegant evening dining where the proprietors pride themselves on making the guest the centre of attention. It sits at the confluence of what are now three major thoroughfares; quite the evolution from 1904, when it was just a lone building on a dusty road.

Named after its first principal, Stuart Wood Elementary originally housed elementary school classes on the ground and second floors and high school classes on the third floor. Designed by prominent architect William Tuft Whiteway in the Romanesque Revival and Classic Revival styles, the large sash windows are designed to maximize natural light, a critical component for shaping young minds. It continued to serve the Kamloops area until 2016. Although the future of the building is yet to be written, the strength of its past is obvious.

Of course, these summaries only scratch the surface. If any of these stories have captured your imagination, we encourage you to explore the Kamloops Museum & Archives at 207 Seymour Street.

The Archives contain a wealth of information including photographs, newspaper articles, ledgers, Fort Kamloops Chief Factor journals, and detailed secondary analysis by researchers such as Mary Balf, after whom the Archives are named, and to whom today’s Kamloopsians owe a great debt for her extensive contributions to the historical record of the city.

You might also want to try a self-guided Heritage Walking Tour – maps for which are available from Tourism Kamloops as well as at our Information Kiosk at 340 Victoria Street. Soak up some sunshine, breathe in the vibrant Downtown atmosphere, and learn about your city while you’re at it.