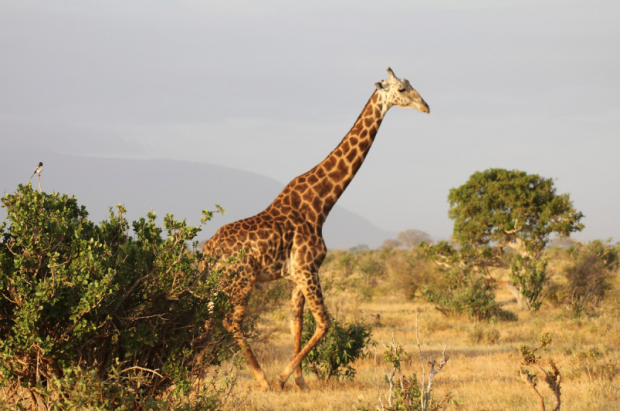 Wildlife is easy to find in Africa. (Image credit: comfight.com)

COLUMN — Before I went, Africa was a mystery to me. I was nervous and excited to explore the Dark Continent. One of the main reasons that I wanted to go was because I knew so little about it. I had no idea what to expect. I read many books by Wilbur Smith that inspired my imagination and sparked my interest in the destination. 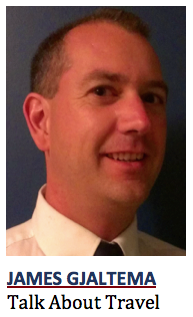 I booked my airfare to arrive in Johannesburg and return from Cairo. I had no set plans, I only had a vague idea of the geography, but I knew I wanted to go cover as much of the continent as I could. Over the course of three months I learned a lot as I travelled overland for much of the over 10,000 km between Cape Town and Cairo.

Upon arrival, the first thing that I wanted to do was to get out of Jo’burg as I heard that it had the highest murder rate in the world. I was immediately put at ease when I checked into a friendly, comfortable backpacker lodge in a nice neighbourhood.

I soon met a South African who was headed to the Durban area and was offered a ride. It was a beautiful drive through the scenic Drakensberg Mountains. I found another amazing backpacker’s, this time on the beach with a swimming pool and free surfboards to use. I was really enjoying myself and would have loved to spend much longer in places like this, but exploration and adventure was calling.

I made my way to Cape Town, hiked up Table Mountain, went to the Cape of Good Hope and saw some African penguins. From there I went back north to Jo’burg and Pretoria where I met a Dutch traveller who I rented a car with and toured around Kruger National park. We saw leopards, elephants, giraffes, rhinos and many other exciting animals. We decided to continue the adventure in Swaziland where the wildlife was even more accessible. We walked through fields of Zebras, beside hippo populated ponds and on trails dominated by baboons.

Several weeks had passed before I crossed the border into Zimbabwe where I experienced hyper-inflation and a struggling economy. I travelled in the back of a pick-up to the ruins of Great Zimbabwe and by train to Victoria Falls. I crossed the Zambezi River into Zambia and made my way to Lake Malawi where I took a 36-hour steam paddle-wheeler trip close to the border of Tanzania, followed by a train 24-hour train ride (that was 12 hours delayed) to Dar Es Salam.

In Dar, I was awoken early in the morning by loudspeakers announcing the Muslim call to prayer. I took a ferry across to the island of Zanzibar which is one the favourite places I have ever been to. Ancient Stone Town has so much dark history with the slave trade. The horrors of the past were contrasted by the beauty of the moment. Words cannot describe the wonder of the place.

I went to the base of Mt. Kilimanjaro, and contemplated trekking to the peak, but could not afford the time or money at that point. I continued to Nairobi, which is a fascinating city that was slightly reminiscent of London, with a distinctly African flavour. I ventured into Uganda where I did some extreme white-water rafting at the source of the Nile. I contemplated going on a mountain gorilla expedition in Rwanda and really wanted to go to Ethiopia, but ran out of time. I was scheduled to meet my future wife in Cairo.

I flew to Egypt and joined my companion and finished of the African adventure with the start of a shared journey. We rode a camel to the pyramids, saw the Valley of Kings and went scuba diving off the Sinai Peninsula. My trip to Africa was truly a life changing experience.

Airfare from Vancouver to Nairobi, Johannesburg or Cape Town is available for under $1,200.

James Gjaltema is a founding member of the Kamloops Travel Club and a Flight Centre Associate. He can be reached at 250-879-0873 or through his web-site: http://www.flightcentreassociates.com/jamesgjaltema.