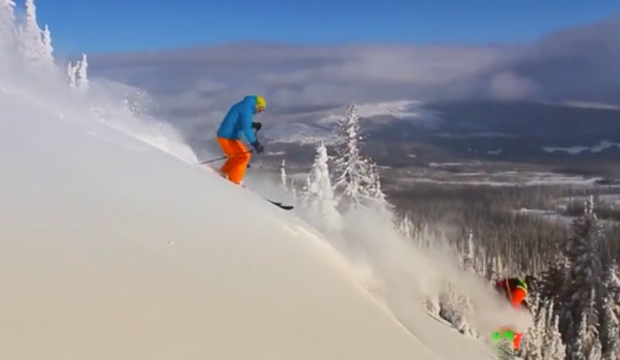 NEWS — Sun Peaks Resort, already one of the largest mountain resorts in Canada, is about to become the second largest ski area in the country – and its signature hotel is taking on a new identity as part of that next phase of growth.

The Delta Sun Peaks Resort will become Sun Peaks Grand Hotel & Conference Centre as of May 1.

The existing ownership, management personnel and employees will remain in place at the 12-year-old hotel, where a refurbishment program has begun.

Management and staff were informed today of the change.

In addition to the hotel name change, and a move to locally-based management, Sun Peaks Resort Corporation also announced the next steps in the resort’s development master plan, which includes additional trails for both winter and summer outdoor activities.

“This is a tremendous opportunity for us to manage and operate the resort’s signature hotel locally and better integrate it into our ongoing development and resort operations,” said Darcy Alexander, vice president and general manager of Sun Peaks Resort.

Work will start this spring on new trails in the West Morrisey and Gil’s area, the company said in a press release today. Skiable terrain will grow to 4,200 acres for the 2014-2015 winter season.

The larger trail network will tie Sun Peaks Resort with Lake Louise in terms of area, making Sun Peaks one of the three largest mountain resorts in Canada.

Delta Hotels and Resorts has been responsible for operating both the hotel, and more recently the adjacent Delta Residences at Sun Peaks, under a management agreement with the hotel’s developer and owner SP Hotel Corporation, a wholly-owned subsidiary of Sun Peaks Resort Corporation.

With the current management contract set to end April 30, Sun Peaks Resort and Delta Hotels and Resorts have agreed to wind up their joint agreement.

Sun Peaks Grand will be managed by a locally based company as of May 1, and will work with Tourism Sun Peaks and Sun Peaks Mountain Resort Municipality to promote the resort.

“Our efforts to tell the world about us are clearly paying off, and knowing we have continuity at our signature hotel is important,” said Christopher Nicolson, president of Tourism Sun Peaks.

Sun Peaks Resort was purchased by Nippon Cable in 1992.