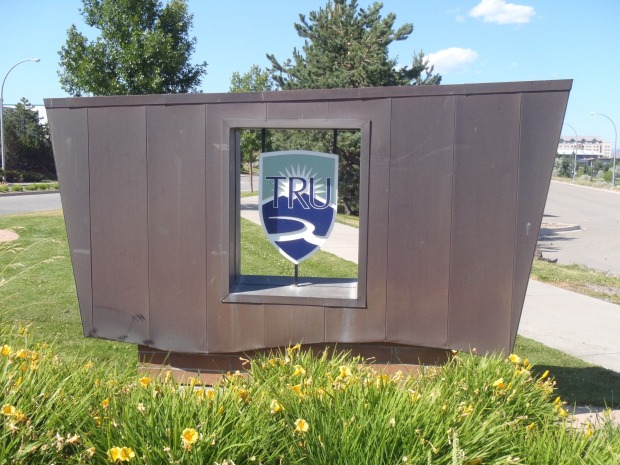 A Board of Governors-initiated investigation into allegations of misconduct against two senior leaders at Thompson Rivers University has found wrongdoing on the part of one of the individuals.

Investigators concluded that 10 allegations made by four complainants were substantiated. Seven of those allegations centred around inappropriate comments amounting to sexual harassment against women in the workplace or in social settings.

One other allegation was deemed harassment targeting a particular age group, another involved a comment derogatory to Indigenous people, and another was personal harassment.

All 22 allegations against one of the respondents were not substantiated.

TRU President Brett Fairbairn said he is grateful to see the investigation end, noting these events and the publicity around them have caused harm to the TRU community.

He said investigations, by their nature, are polarizing and create stress for all involved. He expressed gratitude to those who participated, saying the findings will help TRU’s staff, faculty, and management work together to build a workplace culture that reflects the institution’s values and mission.

“There is a lot of hurt in TRU’s community right now. I think of those complainants who investigators determined suffered from improper conduct. This should not happen. On behalf of TRU, I apologize to them for what they have experienced, and I commit TRU to improve in the future,” he said.

Fairbairn said these events will serve as a catalyst for change at TRU. TRU has developed safe, trauma-informed avenues for employees to report concerns.

Additionally, initiatives are underway that will create safe spaces for employees to talk about workplace culture and discuss ways to improve it, to ensure TRU is a place that supports everyone.

“I want TRU to be a place that is inclusive of everyone. I am firmly committed to working towards a culture that supports individuals across the full spectrum of our workforce.”

Marilyn McLean, the chair of the board and the sub-committee, said this investigation was thorough, trauma-informed, respectful of fair process, and fully met the expectations of the board’s sub-committee.

She noted the investigators reviewed complaints against a substantive legal framework guided by human rights tribunals, courts and relevant statutes. The full board was briefed on the findings Monday.

“It has taken several months — much greater time than anyone anticipated — to reach this end. And we know it’s been extremely hard for many people, whether directly or indirectly involved,” said Marilyn McLean, the chair of the board and the sub-committee, noting the time was necessary to ensure a comprehensive result.

“This investigation was an extraordinary accommodation of the concerns and interests of these complainants, designed to ensure they had a safe environment in which to share their stories,” she said. “The board fully accepts the findings.”

McLean noted that the report cannot be publicly released in its complete form because of provisions in B.C.’s Freedom of Information and Protection of Privacy Act. Specifically, Section 22 limits the type of information that public bodies can release to safeguard the privacy of individuals. The complainants and the respondents will receive redacted versions of the report pertinent to their involvement.

“This is not a public inquiry. These matters involve individuals and issues related to their employment. As such, the report and findings are protected. These are considered private employment matters by law and will be treated as such,” McLean said.

She added that the report’s completion ends the board’s involvement regarding these allegations.

“As the board chair, I can emphatically state that President Fairbairn and other members of his senior executive team have the full confidence of the Board of Governors,” McLean said.

Nathan Matthew, TRU’s Chancellor and a member of the board’s sub-committee, agreed the investigation has fully addressed the allegations.

“I join with the board chair (Marilyn McLean) in saying that I believe these allegations have been properly investigated. The process was trauma-informed,” he said. “The complainants were given every opportunity to share their concerns.”

He added that publicity in the media of anti-Indigenous or racist comments at TRU caused hurt in Indigenous communities. He noted, however, that only one allegation of this kind of behaviour has been substantiated against one individual.

“Eliminating racism is a cornerstone of TRU’s commitment to reconciliation,” Matthew said. “I know Indigenous people are resilient and will carry on in our social and cultural development using education as a catalyst for positive change.”

For more information about the investigation, visit https://www.tru.ca/board/board-of-governors-investigation.html.