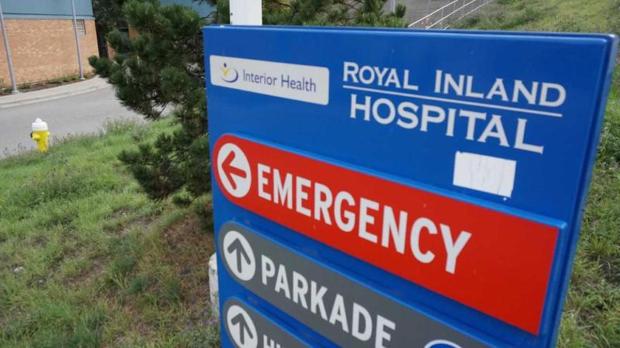 HELLO, Lynne Stonier-Newman here, a social marketing and communication consultant, and a B.C. historian and author. 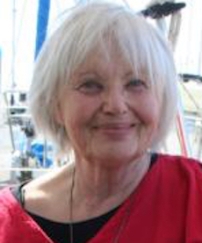 During the past year, I’ve been researching how and why our formerly efficient and well-respected Royal Inland Hospital is no longer meeting Kamloopsians’ needs.

I am curious about what is the history behind this 30-year downhill slide? So far, I’ve learned its genesis was when a majority NDP government was elected in 1991 and began a zealous reform of B.C.’s health system.

That new system distanced local communities from their hospitals, created top-down management systems administrated by the Ministry of Health in Victoria and by the new administrators in each new authority. Within our Interior Health region,  directives now come from Kelowna.

Between May 24 and 26, I ended up with an insider’s view of Royal Inland Hospital’s ER realities. Do you know how deeply our Emergency is floundering? How many sick or injured people sit on old wooden chairs, waiting for hours before assessment and treatment begins?

And do you realize how Kamloops’ RIH medical professionals are being direly overworked, often in unsafe and inhumane conditions, and are often under-respected by IH administration?

Day and night, our RIH Emergency is like a MASH unit. And I want to know. ‘why?’

My questions so far: Who is evaluating? Within IH, does an arms-length personnel satisfaction analysis happen annually? And is an arm’s-length forensic financial audit done regularly? Or are we Kamloopsians playing wink, wink, nod, nod … as we let happen at the TNRD?

Kamloops City council, if IH administrators do not have concrete solutions and are not answering your questions, what are you doing about it?

While I waited in Emergency, I journaled. And I hope you will ask yourself how you or your loved ones would cope with these conditions?

Lynne’s overview from Wed. 9:30 p.m.: As instructed, I returned for a 2nd night in ER to have a cat scan. As it was much more crowded than Tuesday night, I began counting.

The pre-admitting area’s 28 chairs had 23 people waiting. The supervising person was attempting to facilitate some social distancing but, in reality, that was a sad illusion. The physical space does not allow for anything like two meters’ distancing. As the person nearest me coughed and coughed, I hoped it wasn’t COVID or the flu.

After my re-admission process was completed, I was directed to move down the hall to wait in the chairs outside ER2 — that’s the long hall connecting ER waiting to the parkade exit and the coffee shop. At its furthest end, there are 15 seats including a small waiting room. Then on the hall’s north side are 13 chairs crowded together.

That Wed. night, almost every chair was filled with a sick person and included two children, one sick, one injured, each with an exhausted parent. I asked, “Any guess how long the wait is?”

A middle-aged man said, “Probably two, three hours. But what are our other options? The walk-in clinics are gone and there are over 7,000 of us in Kamloops without a family doctor.”

Scary! Because I knew how hard that is. My husband and I are elders and we had a difficult 14 months without a GP when we returned to Kamloops in October, 2019 … we were so grateful when we were accepted as patients by our GP.

Thurs. midnight to 4 a.m.:  I was seen by a doctor about midnight, then lay on my ER2 stretcher bed until about 3 a.m. when I was rolled to X-ray for a cat scan, then returned an hour later.

I craved sleep … and requested a pillow.

The nurse was sympathetic. “I’m so sorry but we have no pillows left, we ran out hours ago. Here, I’ll roll up a blanket for you.”

No pillows? How could that happen?

I kept puzzling that as I watched the professional ER staff scurry about before the shift change. In the nursing station where doctors and nurses organize patient services, they work on computers jammed close together … And I wondered, do the doctors have to keep their elbows in as they use the keyboards?

My neighbour was also watching the nursing station dance and commented when I returned from the bathroom, “Look at how strained and pale their faces are. Why do they have to work 12-hour shifts?”

It’s hard to describe how chaotic the ER is because of lack of space. Equipment or O2 cylinders or chairs are crammed in everywhere and the professionals have to navigate around these obstacles to even reach their scrub sink.

I worried about patient sanitation and again started counting. The patients’ toilet flushed 17 times in one hour. There’s no Lysol spray for that toilet seat and sink in there, just the usual soap and COVID hand sanitizer dispensers.

Thurs. 6 a.m.:  A nurse checks on me, kindly asks if I have had any water since arriving. I say “No” and that I am very thirsty. She apologizes, puts bell where I can reach it, brings me a large styrofoam cup of water and instructs, “Do ring, if you would like more. And I’m still looking for a pillow for you.”

Thurs. 6:30 a.m.: My ER doctor reported that my cat scan results mean that I am now an In-patient. And he warned, “but it will probably be afternoon before we can get you upstairs.”

After he left, a different Emergency nurse arrives. “I am sorry there are no beds for you or for the other In-patients waiting to be transferred from the ER. But every ward within RIH already has patients out in the hallways. And, now, we have to move you because these stretcher-beds you and the others are on are needed for the Emergency line-up waiting to be examined by a doctor.”

Those of us who could be moved to chairs, walkers or wheelchairs would now be waiting for a ward bed in the small, crowded hall between ER1 and ER2.

Thurs. 8 a.m.:  The new shift, fresh-faced energetic professionals, were who cleared the beds. My new nurse asked as she assisted me put on my braces and shoes, “are you okay on your walker seat?”

“If it won’t be too long … any chance of a pillow for my sore back? And what about food? I’m hungry and thirsty.”

“No pillows are available yet but if any arrive, I will bring you one. And you’re allowed to go down to the coffee shop but buy something and come right back as the pharmacist and the ENT specialist might come soon.”

Thursday was a long day in that narrow hall. On one side, there was usually about nine patients waiting in the row of red vinyl chairs. We who were in wheelchairs or walkers were crammed along the other wall … and it made it difficult for the medical and cleaning staff going in and out of the two rooms off the hall.

Thurs. 3 p.m: A kindly nurse realized I was exhausted and in pain from sitting all day on my walker. An ER2 stretcher-bed had just become empty and after it was cleaned, she moved me onto it — and told me that a ward bed was unlikely tonight. I asked again about a pillow and care aid overheard. She disappeared somewhere … and returned with one, tucked it under my swollen neck.

Thurs. 5 p.m:  The 16 of us who were categorized as In-patients were told we were about to be transferred from the ER  and we were rolled over to a patient ward area in behind the X-ray department. It used to be E-something but now is labelled “Streaming.”

It’s a sparse, rather storage-like space, and with few amenities. In fact, Streaming’s old patient toilet seemed to be only 12 inches above floor. “A challenge to get off, isn’t it?” a fellow patient said as we went to the nursing station to ask about supper.

Thurs. 7 p.m.:  We hadn’t been offered any food all day and, now, it turned out that supper had not been booked for us. A savvy student nurse tried to find food for the hungry and returned with yogurt, cheese sticks, apples and juice boxes.

It was a long and uncomfortable night, despite me being one of the few who had a real pillow and my husband’s surreptitious food and mouth wash delivery.

Fri. 5 a.m.:  A nurse came to help do vitals on we isolated patients and shared that the ER staff was coping with 100 patients.

I wondered, how many had become In-patients, needing a hospital bed?

Fri. 8 a.m.: Morning brought a flurry of staff, including TRU second year nursing students plus many senior nurses and care staff who’d answered being called out on short notice. They tried to make the 16 of us more comfortable and to sort out our many questions.

We cheered when someone loudly announced: “Hang on, breakfast will be here by nine.” And the trays of coffee, cheerios, cheese and muffin did arrived on time.

Fri. 10:30 a.m. – I was free, discharged to be an Urgent Care out-patient; there were too many patients sicker than me and no possibility of enough beds.

As I climbed into our vehicle, I said, “Don’t hug me until I shower, Bri, I haven’t had a facecloth or soap … and let’s hope neither of us has to come back to the ER.”

Perhaps I tested the gods? Because five days later, my husband was in an ambulance on a stretcher, heading for Emergency.

We’re now in the midst of his recovering from a stiff and very painful septic knee. And my research about the why’s at RIH continues.

His ER experiences paralleled mine. And perhaps there wasn’t room for him because he is being very well cared for at home.

We are also learning how within our complex system for transportation to get to hospital appointments,  the left hand doesn’t know what the right hand has ordered. Because of serious communication gaps, Out-patients are sometimes left dangling, given orders about where to be without any planning of how that patient can get there.

And daily, Bri shares with the nurse: “If it swells again, I’m going in the ambulance to Emergency with a pillow, blanket, food and water. And I’ll be lying on the floor there rather than spending any more painful hours in a wheelchair.”

What has happened to our Royal Inland Hospital? What real solutions are in the works?

Because … how can the new towers rumoured to be very short on medical professionals actually patch up more patients?

And will each ER patient on a stretcher bed have a pillow?

EDITOR’S NOTE: This column has been clarified with respect to the fact that, while the NDP undertook major health-system reform in the 1990s, the BC Liberals created the current health-authority system.

Lynne Stonier-Newman is a resident of Kamloops. She’s a social marketing and communication consultant, and a B.C. historian and author.

11 Comments on GUEST COLUMN – Why was the RIH emergency ward out of pillows?