WITH THE UPCOMING municipal election in October, we find ourselves at the beginning of positional jockeying for council incumbents looking for re-election, and new Council hopefuls already poking their heads out in social media circles. 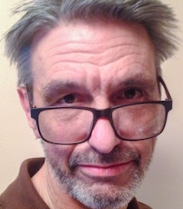 At the same time, we are discussing potential mayoral candidates, considering Ken Christian has decided to hang up his political hat and a refocus on family and taking on new challenges.

Regardless of the political persuasion, all of us can put out our appreciation to him for his service and wish him well in his future endeavours.  It’s a tough, thankless job requiring many hours away from home or spent attending the endless list of community events.

Today, the position doesn’t even include getting to wear the oversized gold chain of office that comes with the job, as someone stole the damn thing on him.

Maybe we should fund the creation of a crown … hmmm … maybe not.

So here we are, a full seven months ahead of ourselves, and we are already talking personalities and elections.  Far be it from me to try to suggest shelving the conversation for autumn consideration, even if a summer possibly free of Covid camping and movement restrictions without thinking about politics, is enticing … exciting even … I guess I will just follow the frenzy, and jump right in.

My approach in these early days will be to focus on something very specific.

I want to see a list of point by point financial/budgetary decisions made by individual councillors over the last four years, before I cast a vote in their favour. Full stop.

Where did or do … they stand on spending my money?

I, along with many other voters have been pained by the seeming endless in-council voting for what many have called ‘pet project’ funding; Projects that cost huge or even lesser amounts of money with no revenue stream to be earned from them, during a time that was supposed to be a ‘belt tightening’ time.

Obviously, funding on potholes, sidewalks, snow removal and other safety-oriented decisions are notwithstanding as are flower pot planting in spring or upgrading old street lights for LED’s.

The point here is, we are a first world country, we can afford items like these, as well as direct significant financial focus on homelessness and those in our community who are less able.  All these are not revenue earners, but we still have to do them.

Beyond those types of costs, there is a palpable desire among many voters for a council that will rigidly balance every single budget item from the perspective of a few key questions:

– “is there specific ROI (Return On Investment) revenue generated for the City or even enough general community revenue, that will result directly from this single expenditure?”,
– “is it a safety issue that must be addressed now?”,
– “Will it create jobs?”,
– “Will it entice or encourage industrial, commercial, retail or residential development?”,
– “Does it have an actual positive effect on social issues at a reasonable social ROI per dollar spent?”
… and a few other benchmarks.

If none of these are answered in the positive, we need someone to be there to vote no.

We already have council members who are good at glad handing, kissing babies or giving speeches at Riverside Park on Canada Day, or cutting ribbons, passing giant cardboard cheques or going off on UBCM jaunts, and they should be empowered to continue to represent Kamloops at these opportunities.  We also have council members very good at consensus building and team play and community outreach.  We need that valuable work done as well.

At the same time, don’t we also want a council that will adamantly vote on behalf of taxpayers? A council vote who carefully considers a predetermined list of criteria and, if necessary, defaults with a decided … no … to a budget item if warranted?

These days there is a growing rumble of taxpayers who just can’t imagine why the City just defaults to an annual property tax increase? It seems to many taxpayers that council seems blind to the reality that it is the entire year of decisions, that make a residential tax increase inevitable.

Every single new expenditure matters, at the end of the year. Every financial vote matters, to our tax rate.

In the end, who knows if any of those throwing their hat in the ring for the upcoming election are focussed this way … I’ll haphazard none, they never are.  I expect to read many bits in the media regarding new candidates extolling their desire to ‘serve their community’, and incumbents talking about their track record, especially selling their capabilities during Covid, fires and floods, expertly moving the conversation away from taxes.

Come election day, for incumbents, we end up voting on what they say now, and not necessarily on their own individual fiscal voting track record.

Maybe I should just put up or shut up, and run on a platform of pure fiscal responsibility myself. Or maybe I’m just too blunt for the job, and I’m better off out here, keeping them all honest.

2 Comments on JOHNSON – Point by point, what will council candidates do with our money?