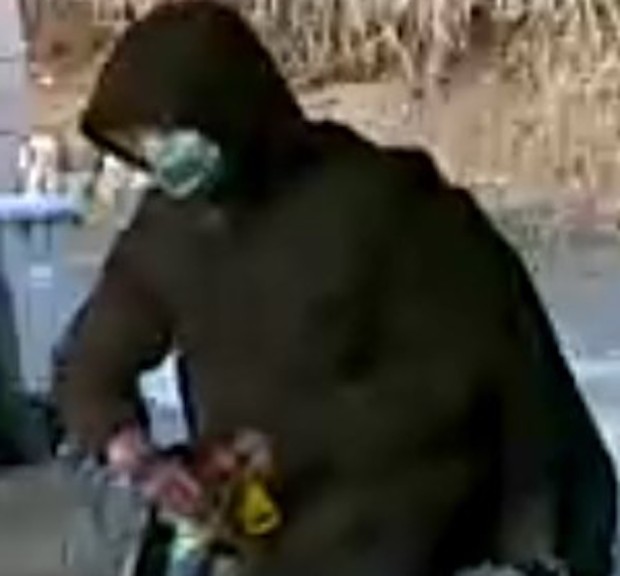 Kamloops RCMP are turning to the public to help identify a suspect in a Westsyde Road arson investigation.

On Feb. 16, 2022, police responded to a request to assist Kamloops Fire Rescue with a blaze on the 1700-block of Westsyde Road.

“The investigation so far indicates the fire appears to have been deliberately set and police are treating it as an arson,” said Sgt. Brandon Buliziuk, Kamloops RCMP Fire Investigator.

“This is believed to be an isolated incident and there is nothing at this time to suggest an increased risk to the public.”

Security surveillance shows a suspect in the area around 7:30 a.m., leaving immediately after the fire was set just before 8 a.m.

He is described as

“We are asking anyone with dashcams, security or doorbell cameras to please have a look at any recordings from yesterday morning to see if it captured anyone that could be the suspect,” said Const. Crystal Evelyn.

“Just really think back to yesterday morning. Did someone you recognize bike off in a hurry? Did someone show up at your house or your neighbour’s house wearing similar clothing as the suspect? While officers continue to conduct neighbourhood inquiries, these are some of the questions the public can ask themselves to assist police in moving forward.”

Anyone who can identify a suspect captured on surveillance or has information related to the investigation is asked to contact the Kamloops RCMP at 250-828-3000 and reference file 2022-5033.