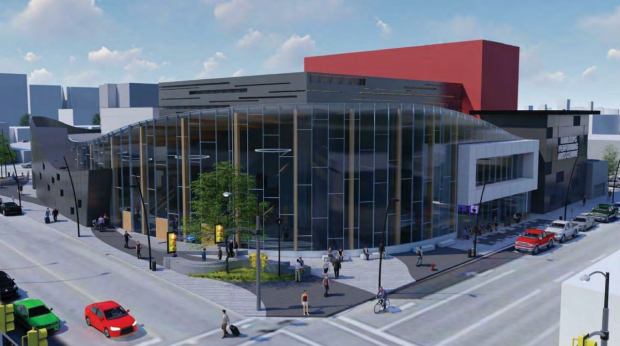 THE PERFORMING ARTS CENTRE has been on the books for 20 years and we might have to wait another 20.

That is, if a referendum is held this year. Let me explain.

A new arts theatre has been talked about for decades.  A referendum on building a new venue on the Kamloops Daily News site narrowly failed in 2015.

A second referendum, on a scaled-down version of the first proposal, was scheduled for April 4, 2020 but was shelved in the face of COVID.

Now, Mayor Ken Christian says the referendum should be held in connection with this fall’s civic elections because it would save the cost of holding a stand-alone referendum at some later date.

Such a move would put the project at serious risk. We have no idea at this point where COVID-19 is going to take us. The Omicron surge might be relatively brief, but the virus itself is going to be with us for quite some time, and new variants may even create new waves.

It seems highly unlikely we’ll be over the pandemic, and certainly not over the hangover that’s bound to follow, by October. What does seem likely is that, if the pandemic is on the wane, people are going to want to spend their money on travel and other things they’ve been passing up, not on boosting their taxes.

Getting approval for the PAC is a big challenge. A solid base of objectors doesn’t see the need for what they call a facility for the elite. That rationale is way off base but it’s one that’s hard to change.

There will have to be a highly effective “yes” campaign, strong backing from City council, and a groundswell in public support to get it through.

Timing is everything, and I fear a referendum this year would be doomed to fail. And that would set the arts centre back another 20 years.