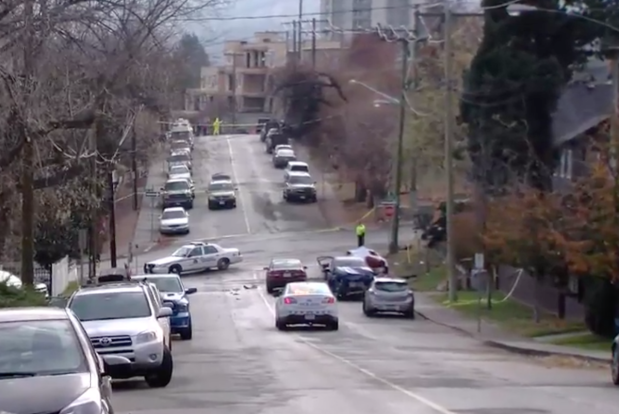 Kamloops man Reid McKnight has been sentenced to three years in prison for causing the deaths of three former Thompson Rivers University international students from Nigeria and injuring a fourth in a horrific collision a little more than two years ago.

The four were driving up First Avenue early in the morning when a pickup truck driven by McKnight blew through a stop sign on Battle Street and struck their car.

Court was told McKnight was driving 110 km/hr, more than twice the speed limit. After the accident, he fled on foot to his home. Eventually, he was charged with dangerous driving causing death and failing to stop at the scene of an accident.

One can only imagine the heartbreak of the families of the victims. Such a terrible, terrible loss.

I can’t help but think of another terrible accident I wrote about recently, the one in which 16 members of the Humboldt Broncos hockey team were killed in Saskatchewan when their bus collided with a transport truck.

The driver of the truck, Jaskirat Singh Sidhu, missed a stop sign and carried on into an intersection. Although the accident occurred on a highway, Sidhu wasn’t speeding. Neither was he driving recklessly. He made a terrible mistake.

The judge in that case put him in jail for eight years for dangerous driving causing death and bodily harm. It’s fair to assume the number of deaths and injuries in the Humboldt crash was a factor in the sentence.

On Monday of this week, it was revealed that a decision on whether he should be deported to India after he finishes his sentence will be delayed for another month.

The only thing Sidhu and McKnight have in common is that they both expressed remorse and apologized. Maybe it’s fair to consider the painful arithmetic of these two tragedies but three years — McKnight may actually serve less — doesn’t feel like justice.