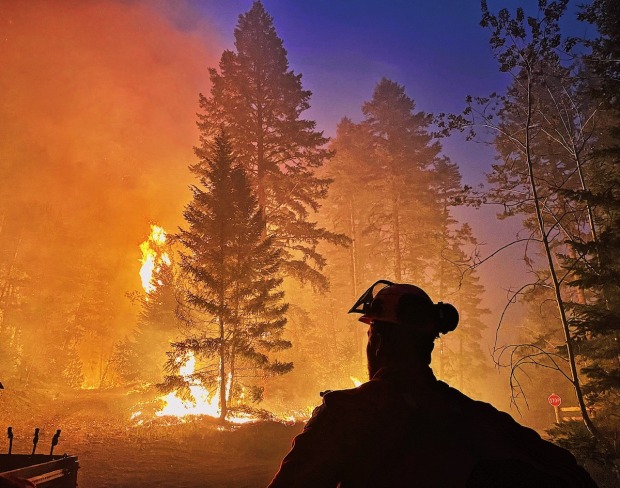 FIGHTING WILDFIRES is one of the toughest jobs on earth. You won’t find it on those lists of “worst jobs” that include the likes of roadkill collector and portable toilet cleaner, nor the “most dangerous jobs” like roofers and loggers and that’s probably because we take wildland firefighters for granted.

They often have to hike into a fire zone with heavy packs, sometimes chain sawing through deadfall and vegetation, hauling it out of the way, and digging fire breaks with hand tools.

Other times, they set up those big water bladders so they can hose down hot spots, using fire lines plowed out with bulldozers when they can. They usually work in the middle of nowhere but more and more often they must fight on the very edge of a community and we notice them then.

By the end of the day, they’re black with soot and tired to the bone.