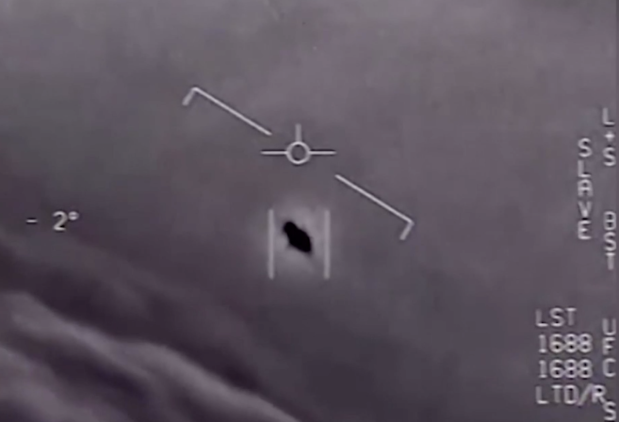 FOR SOME INEXPLICABLE reason, the pandemic has generated increased numbers of UFO sightings. According to Ufology Research, sightings of levitating discs, erratic spaceships and floating triangular objects increased by 46 per cent in 2020 in Canada.

I believe such reports because they come from ordinary people who are often trained observers. They have nothing to gain from reporting the sightings. It takes courage to report something strange in the face of ridicule.

The interpretation of what’s being reported varies over time.

During World War One, unusual sightings were assumed to be enemy craft. Allied pilots viewed strange objects which followed their aircraft and called them “foo fighters.”

Soon, everyone was interpreting what they saw as flying saucers.

Seeing a UFO is more than just a visual experience.  It is accompanied by a sense of awe and wonder. Author Andrew Pyper and a friend were sitting around a campfire in Ontario last summer when there was a moment of what he described as “strangeness” followed by a flash of light. He and the friend saw:

“An orb. Roughly triple the size of Mars or Venus in relative terms of planets or stars you can see at night. Its light varied without sequence or rhythm, shifting on a spectrum between near-darkness and brief, explosive pulses. It was round, but bulged at its edges from time to time, suggesting the elastic, organic.”

The whole experience left him with “the sensation of being brought to the edge of an enormous revelation.”

For others, the experience goes beyond one of awe and wonder to one of abduction by the UFO.

I just finished re-watching an old movie Fire in the Sky. It’s a movie made from a book by Travis Walton in which he tells of his terrifying abduction by aliens.

Walton and five crew members were returning from a day’s work clearing brush in Arizona when they saw a glowing light in the forest. They first thought it was a fire. As they came closer, they saw a saucer-shaped object hovering above the ground about 110 feet away.

Walton got out of the truck to investigate and was struck by a beam of light that knocked him unconscious.

Walton said that he awoke in a hospital-like room, being observed by three short, bald creatures. He fought with them until a human wearing a helmet led Walton to another room, where he blacked out as three other humans put a clear plastic mask over his face and examined him.

After a search failed to find Walton, he was found walking along a highway five days later.

While I believe Walton was telling the truth, I doubt that he was abducted by aliens.

It seems to me that something profound happened to Walton. In a different time, the experience might be told in a language of the day – perhaps as a visitation of angels.

Witnesses of extraordinary phenomena should be believed and supported. They are not crackpots. What should be doubted is the interpretation of what they experienced. That will be viewed in the framework of current myths and legends.