Death of the Hindenburg. (Image: Wikipedia.com)

WHEN I FIRST MADE hydrogen as a kid, I wasn’t aware that hydrogen came in different colours.

Back then, I simply attached two copper wires to my model train transformer, immersed the wires in water, turned voltage up and waited for bubbles to form. I held a glass over the negative terminal to catch the hydrogen. A lit match held under the inverted glass gave a satisfying “pop” as the hydrogen ignited. 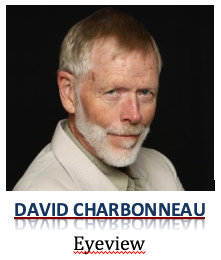 The effect was less than satisfying in 1937 for the hydrogen-filled Hindenburg. As the dirigible touched its mooring mast in New Jersey, it burst into a fireball that killed 36 passengers and crew members.

The second way I made hydrogen as a kid was to immerse pieces of aluminum in a pop bottle filled with lye (sodium hydroxide). I then placed a deflated balloon over the neck of the bottle and watched it fill with hydrogen. I then tied off the neck of the balloon and watched it drift through the house, following the air currents.

I now know that the first method produces “green” hydrogen when made from renewable sources of electricity.

The second method I used is dangerous according to a Wikipedia article. “Don’t try this at home, kids,” – a message I guess I never received, or chose to ignore.

Hydrogen is a perfect fuel because it produces no carbon greenhouse gases. Making it without fossil fuels is the challenge.

Green might be beautiful, but right now only a fraction of global hydrogen is produced by non-renewable sources. Only one-fifth of one per cent of total hydrogen comes from renewable sources, such as hydroelectric, wind and solar power.

Most of the rest is grey hydrogen. The International Energy Agency says hydrogen production spews out 830 million tonnes of carbon dioxide a year, equivalent to the combined emissions of Britain and Indonesia.

However, the colour designations for hydrogen may be a bit of a distraction. What matters is “carbon intensity.” In other words, how much carbon is produced in the production of hydrogen regardless of the source?

“Blue is better than grey. But we can’t ignore the fact that green is cleaner than blue. All that said, the colour labels are poorly defined. Ultimately, it’s not the colour that matters, it’s the carbon intensity.”

After losing $1.5 billion of taxpayers’ money in the Keystone XL gamble, Alberta Premier Jason Kenney is looking to hydrogen to lift his sagging polls.

With much fanfare, he, along with the mayor of Edmonton and two federal cabinet ministers, announced the building of a low-carbon hydrogen plant. Carbon dioxide would be injected underground using existing infrastructure.

Maybe there is a way of green-washing hydrogen.