November 18, 2020 – In 2016, Canadians fretted about the implications of a Trump presidency on U.S.-Canada relations. Four years later, the prospect of Joe Biden in the White House is restoring hope.

Indeed, three-in-five Canadians (61%) say a change in administration will have a positive effect on the rapport and connectivity of these two long-time allies and trading partners.

This represents five times the number of people who said the same about the incoming Trump administration after his electoral victory.

The last four years have had an incredibly damaging impact on Canadian views of the United States overall. Today, just one-third (35%) say they view the U.S. as a valuable friend and ally, compared to 53 per cent in 2016. Canadians are also now half as likely to say that America is a positive player in international affairs (17% vs 35% in 2016).

And while many are hopeful the Biden administration will make progress in overcoming the COVID-19 pandemic – half (50%) say this – a significant segment (39%) has little faith. A similar number are equally unsure about Biden’s ability to bring the country back together. Nearly half (46%) say America is so divided, it will never fully recover or reunify in a post-Trump era. 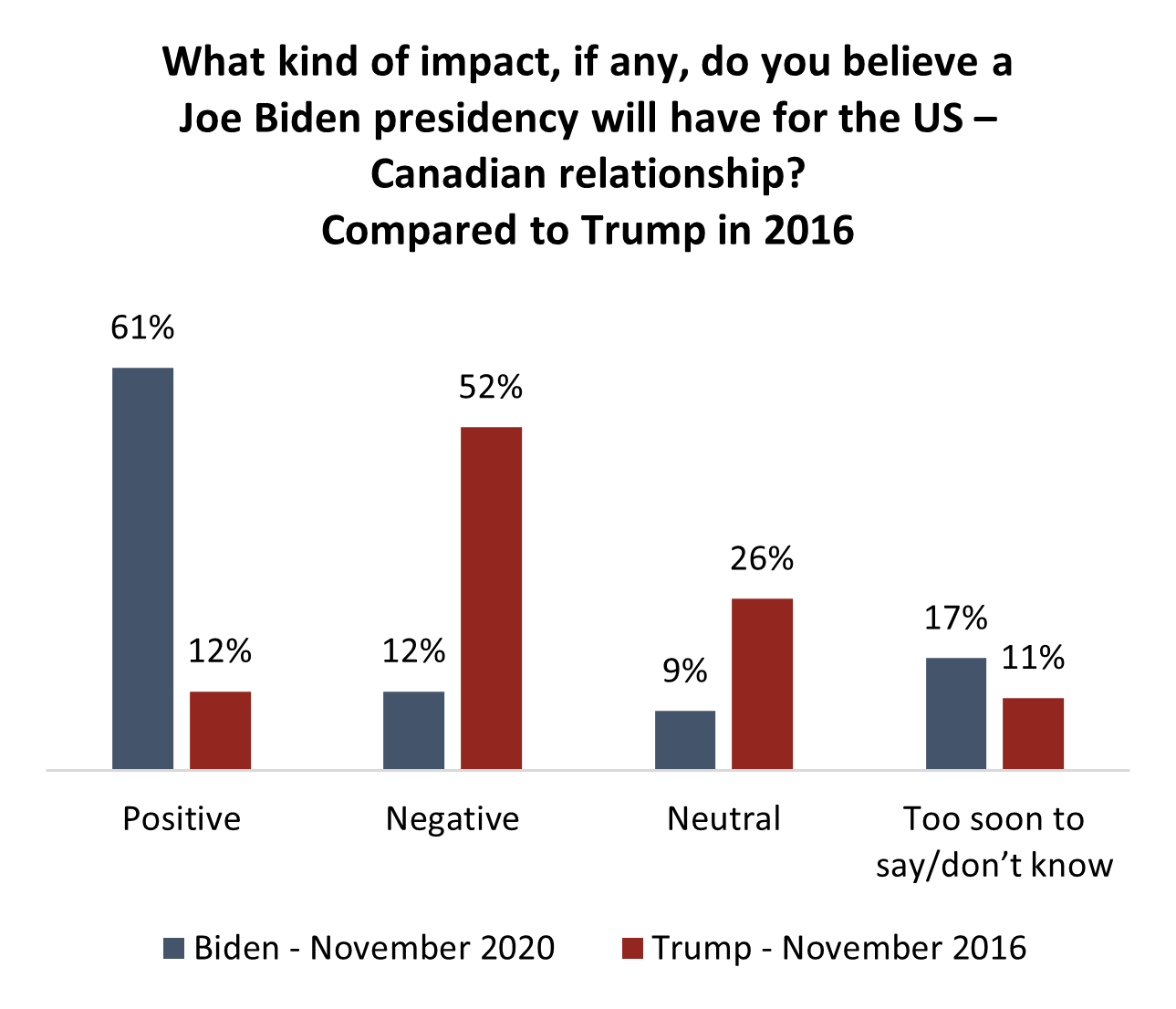