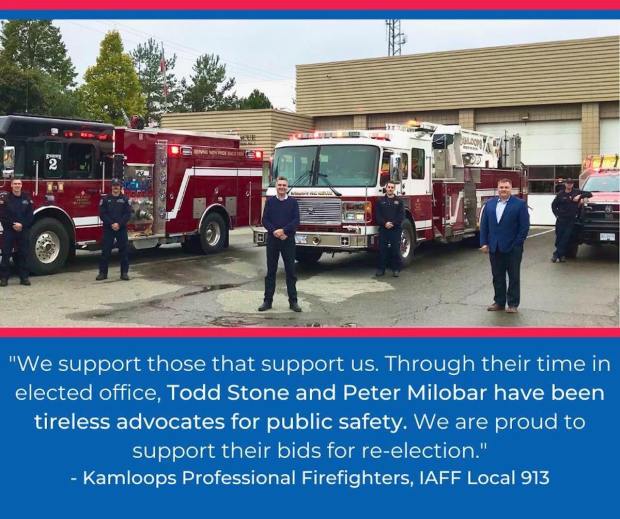 An  editorial by Mel Rothenburger.

AN INTERESTING little sidebar to the local election campaign played out yesterday over whether a City of Kamloops union should be supporting candidates.

Specifically, a Facebook post by BC Liberals Todd Stone and Peter Milobar celebrated their endorsement by Local 913 of the International Association of Firefighters, which represents City firefighters.

A caption under a photo of Milobar and Stone standing in front of a couple of City fire trucks states, “We support those that support us. Through their time in elected office, Todd Stone and Peter Milobar have been tireless advocates for public safety. We are proud to support their bids for re-election.”

Reaction ranged from curiosity to anger. People started asking questions. For one, it’s unusual for a union to endorse BC Liberals. Why didn’t Local 913 support NDP candidates?

1 Comment on EDITORIAL – What if a union endorsed Liberals instead of New Democrats?