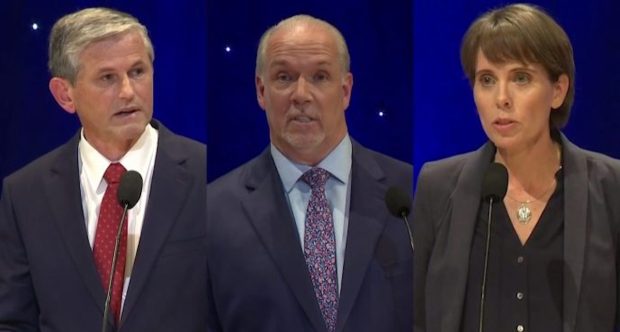 Friday, October 16, 2020 – As British Columbians weigh in on the only televised debate in the BC election campaign, the latest public opinion survey from the non-profit Angus Reid Institute suggests the story of a play in three acts.

The first, a frontrunner with the most to lose who appears to have emerged unscathed after an unsteady performance on a key question. The second, a political underdog who did not find a much-needed breakthrough with voters. And finally, a relatively unknown candidate whose introduction to the electorate is resulting in personal admiration, but crucially, no surge in vote intention.

Beyond the debate, these new data reveal an electorate hardly enthralled by the options available to them. As the province enters this last week of the campaign, voters are motivated equally by blocking the party they dislike (52%) versus a party they truly support (48%).

With a week to go before the final day of voting on October 24, the BC NDP continues to hold a double-digit lead (49%) over the second-place BC Liberals (33%). The Greens, at 14 per cent, remain stuck in third place with a less committed vote base than the other parties. However, with the Green leader’s momentum surging, it is worth noting the party is the most common second choice for voters who have not yet locked in their choice. 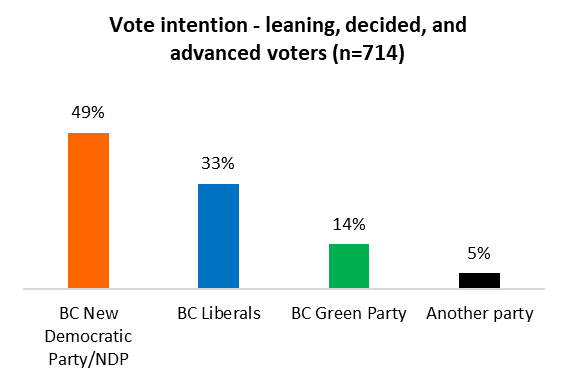 Link to the poll here: http://www.angusreid.org