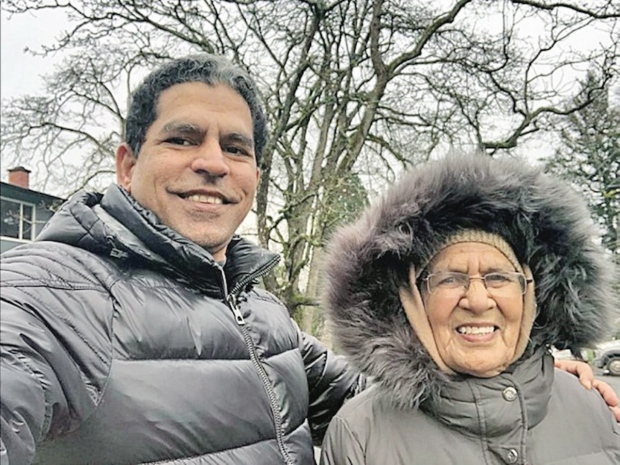 THE PANDEMIC WAS STILL just distant thunder when Narender Cheema’s 80-year-old mother flew to northern India in January. The milder winter season seemed a good time for the Saanich woman to visit relatives there.

But then countries began to seal themselves off as COVID-19 spread. Worried, Cheema paid $875 to move his mother’s return Air Canada flight from April 28 to March 30, the earliest date he could book.

Unfortunately, that flight got cancelled when India imposed a nationwide lockdown in late March. Cheema spent $600 rebooking the ticket to April 30 but that flight was cancelled, too.

So, with regularly scheduled airline service to Canada suspended, he tried Air India, which was staging some relief flights to Vancouver. No luck. The tickets were gone the moment they were offered. It has been like that ever since, the seats on those rare repatriation flights seemingly snapped up before they go on sale.

Cheema says he doesn’t care about the lost money. With the temperature rising to a dangerous 45 degrees and the virus spreading in India, he just wants his elderly mother safe at home.

Unfortunately, she’s trapped, unable to leave. So are the parents of Cheema’s wife, in another part of India. So are maybe 20,000 other citizens and permanent residents of Canada, all aching to get back, all frustrated while battling bureaucracy, the difficulty of travelling within India (just getting to the airport can be an ordeal) and, critics say, a lack of political will.

Cheema shakes his head. Yes, the federal government has to secure our borders against the virus, he says, but it can’t just forget about those who have been stranded abroad. “Since when have Canadian citizens and permanent residents stopped being relevant because they innocently decided to take a holiday flight well before the acronym COVID had any meaning?” he asks.

Ottawa has barred entry to foreign nationals, but still has four airports, including Vancouver, accepting international flights so that people can return home to Canada. Global Affairs Canada says that as of July 2, just over 50,000 Canadians will have returned on 583 flights from 109 countries. A total of 154 flights have ferried 19,183 citizens and permanent residents back to Canada from India.

The problem is that thousands more remain in India, mostly in Punjab, with no way to get home. Qatar Airways offered relief flights to Vancouver in the early days of the pandemic, but now it’s just Air India with a couple of trips a month (as well as several to Toronto).

Other Canadians have made their way out of India on unscheduled KLM, Air France and Lufthansa planes to Europe, making connections to Canada from there, but often those flights are limited to Canadian citizens, accepting permanent residents like Cheema’s mother, Mahinder Kaur Cheema, only if they’re travelling with young children.

In any case, there aren’t enough flights to meet demand. Advocates estimate 20,000 people are waiting. (Global Affairs says 22,658 Canadians have signed up with the Registration of Canadians Abroad in India, but cautions that because registration is voluntary, “this is not a complete picture of Canadians outside the country, nor an indication of the number of Canadians abroad that wish to stay or leave.”)

Some of those waiting are in desperate circumstances. In Langley, a woman named Gina Takhar, volunteering for a group called Bring Canadians Back Home, has turned her living room into a call centre where she tries to sort out the problems of people trying to come home. She knows of a 10-year-old boy with cerebral palsy who could die if he doesn’t get the treatment he needs here. Takhar gets calls every day from the distraught father of a four-year-old girl who, in constant pain, has an appointment at B.C. Children’s Hospital but no way to get there. She knows of 14 people who have died while waiting to come home, including a couple who were murdered.

Why has all this fallen on her, she wants to know. “This is the government’s job,” she says.

On Friday, Cheema saw a ray of light, with the Times of India reporting that Canada and India are in talks to create a “travel bubble” in which the airlines of both countries would resume flights between the two. That would be welcome news to a son who just wants to see his elderly mother come home.