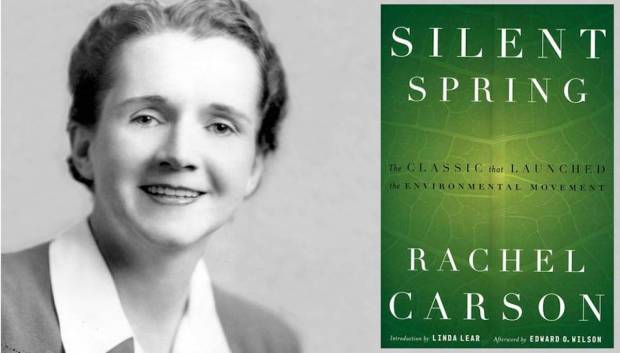 Since then, the human population has more than doubled, from 3.7 billion to almost eight billion. Our drive toward endless population and economic growth has led to the destruction of massive swathes of pristine forest through clear-cutting, burning and flooding for agriculture and industry, and millions of species pushed to extinction.

Toxic pollutants have spread through air, water and soil and into every person. Our hyperactive practices have radically altered the atmosphere’s chemical composition while causing ocean pH to drop catastrophically.

The world is now on pause, as we follow the rules and guidelines to keep ourselves and loved ones safe from COVID-19. To confront this and other crises, political and business leaders would do well to take time to consider the systemic flaws this pandemic has exposed. That requires understanding some of how we got here.

The rise of the Industrial Revolution gave science and its servant, technology, the power to move mountains. Linear, analytic “left-brain” thinking became dominant over the collaborative, holistic thinking associated with the brain’s right hemisphere.

Progress was equated with growth. Economics became the dominant “science.” And most science was reductionist, looking at phenomena in isolation, out of context and often under artificial conditions.

But natural and human events often derail the most linear plans. The First World War positioned the U.S. as the world’s leading economy, but trouble in the agriculture sector and stock markets brought it crashing down, sparking the Great Depression.

Production and mobilization during the Second World War brought the U.S. and other countries out of that calamity. After the war, manufacturing, especially in America, turned from tanks, boats, guns and planes to cars, refrigerators, TVs and toasters — many designed to have limited lifespans.

In the 1950s, consumerism and credit kept the postwar economy burning. But to maintain it, we had to get hooked on growth, to feed our debt. Advertising came to the rescue. It led us to think “progress” was a straight line to more cars and bigger houses in suburbia, full of labour-saving devices and alluring entertainment technologies.

Then the ’60s hit — “right-brain” thinking rose against the “left-brain” creep of the preceding decades. It was an age of rebellion, of marches and demonstrations by those who rejected injustice and lifted up noble ideals. It wasn’t just against something: it was supremely creative.

It gave birth to an explosion of music and the civil rights, feminist and peace movements. And to the environmental movement, sparked by Rachel Carson’s influential book Silent Spring in 1962. All these revolutions were thoroughly intertwined, with music and art playing integral roles. They rose in part from a transformative shift to balance the “left-brain” dominance of Western thinking.

Over time, those movements have had varying degrees of success, but fragmentation means some major challenges, including climate disruption, have yet to be resolved. Now, more than ever in these physically distancing times, we need to come together.

Looking outside, we’re struck by clear skies with no plane contrails. It’s quiet. As we batten down the hatches to counter COVID-19, we give Mother Earth much-needed respite from our activity and development.

It’s amazing what people have done to confront this crisis. International efforts to develop treatments and vaccines have overcome national jealousy, distrust and enmity. Provinces are uniting to support each other, and the federal government, cities and towns are rediscovering the power of compassion and working together.

People everywhere are looking after themselves and their families, supporting neighbours in need, making the necessary sacrifices to get through this. Those working in health care, the food and grocery systems, emergency services, education and more have shown what real heroism can be.

Fifty years after the first Earth Day, and during a difficult time of slowing down, it’s fitting to rededicate ourselves to the power that harmonizes “left-” and “right-brained” thinking, male and female, reason and imagination.

Let’s not fall back into the trap of trying to solve the great problems of this world with only half a brain. That’s what got us out of balance, and into trouble, in the first place.

Every day should be Earth Day! After all, we only have one Earth.