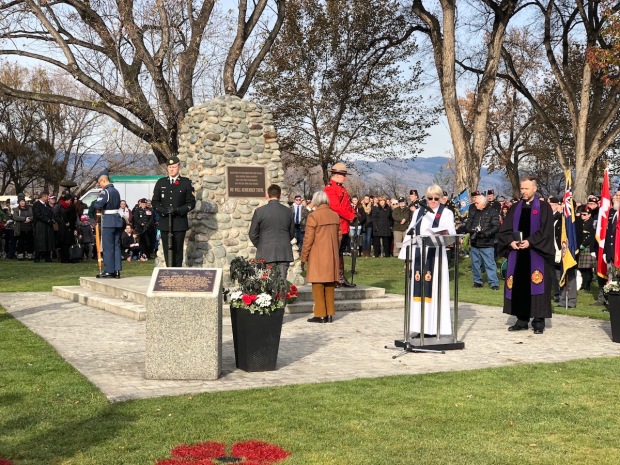 THERE WAS ANOTHER HUGE TURNOUT for the annual Remembrance Day ceremonies at Riverside Park on Monday as we joined Canadians across the country in honouring those who protected us and continue to protect us in war.

The impressive crowd was evidence we haven’t forgotten the sacrifices of our veterans despite the passage of time. How is it, then, that the poppy — the symbol of remembrance — keeps getting mired in controversy?

This year, it came from an unexpected source. Don Cherry lost his Sportsnet Coach’s Corner job yesterday for suggesting immigrants — “you people,” in his words — don’t wear poppies as much as they should.

It’s a sad thing to see this Canadian icon — for nobody can question Don Cherry’s patriotism — banished from the airwaves for tactless comments when he could have made it into a positive thing.

If he wanted to encourage the wearing of the poppy, why not point out that the poppy is a tradition in very few countries around the world but, in Canada, it’s important.

Why pick on new Canadians at all — the issue isn’t specific to any demographic.

I do agree with Cherry that, in general, not enough of us wear poppies. Sales numbers say otherwise but wearing the poppy doesn’t seem as important to people as it used to be. That’s just a personal, totally unscientific, observation and it has nothing to do with immigration.

Showing up at ceremonies is commendable but wearing the poppy is also important.

Don Cherry was wrong in the way he expressed and directed his concern, but he need not have been fired if only he’d apologized. He had an opportunity to express the importance of the poppy as a unifying symbol, and he blew it.