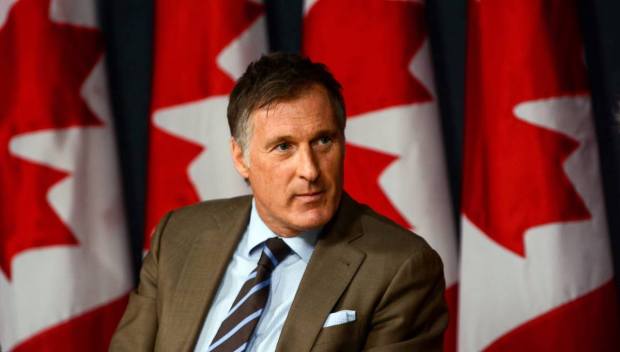 THE RECENT TWITTER ATTACKS by Maxime Bernier, leader of the People’s Party of Canada, on young Swedish climate activist Greta Thunberg illustrate the important role populist tactics will play in this federal election.

Bernier used populist rhetoric and presented himself as the defender of those who are tired of being told that the planet is suffering in his attacks on Thunberg.

Canada isn’t immune to the resurgence of this new version of populism. It’s spread to Europe and the United States. Populism is part of a general trend that encourages the growth of populist discourse and personalities that can capture feelings of resentment and frustration from people who feel overwhelmed by economic and social transformation.

Although Prime Minister Justin Trudeau is presenting his policies and his party as bulwarks against the threat of populism in Canada, the fact remains that this ideology is gaining ground across the country. Bernier, after all, has just been invited to participate in the official leaders’ debates that will be televised next month.

The victories of Doug Ford in Ontario and Jason Kenney in Alberta also testify to the popularity of populism. In New Brunswick, the Conservative government holds power because of an alliance with a populist right-wing party, the People’s Alliance of New Brunswick.

In general, populism is defined as an ideology and style that aims to reduce the distance between people and power. Populism denounces and accuses traditional elites of being detached from the social and economic realities of the “little people.”

Channelled through often charismatic leaders, the populist recipe consists of stirring fears that the national identity is being threatened by mass immigration, that traditional values are in danger and that those in rural areas are being disregarded. Some characteristics of this use of populism are interesting to consider in the context of the current election campaign.

First, populism is presented as the platform for true speech, suggesting that traditional parties use language that is too consensual and canned. Targeting the culture of political correctness is a way of denouncing the so-called domination of the liberal elites of the self-righteous left. Populism argues we have to be truthful and describe things as they are because the system in place silences ordinary citizens.

Populism also attempts to cast doubt on facts presented by experts, and to attack interest groups and social movements that defend minorities.

This “truth” becomes personal and abrasive. It is no longer a question of engaging in a discussion on a social issue but of attacking individuals. The political debate then presents itself as a struggle between two polarized camps.

Second, speaking this truth means putting real questions on the table. Issues such as immigration, the environment, multiculturalism and LGBTQ rights tend to divide the population more and more.

This so-called truth-speaking by populists is of course part of free speech but it flirts with demagoguery. Even if Canada presents itself as a country that tolerates and respects diversity, things are not the same everywhere and some parties exploit the feeling of cultural and economic insecurity, such as the fear of immigrants who do not resemble us, as well as the division between metropolitan areas and rural regions.

Finally, populism exploits a logic that time is short and solutions are simple. Party slogans are intended to create a sense of urgency in the face of a situation presented as critical. Clear solutions must be adopted, such as erecting a wall to block illegal immigration at the Mexican-American border or taking Britain out of the European Union via Brexit.

It is simply a matter of hammering an argument, exploiting it and reducing it to the lowest common denominator.

During the last provincial election campaign, Coalition Avenir Québec Leader François Legault, who was eventually elected as premier of Québec, repeatedly said that it was necessary to reduce the number of immigrants in the province in order to better integrate them. The notion of fewer immigrants for better integration was intended primarily to reassure the Québec population.

However, since the election, the government has sought to significantly increase the number of temporary workers in response to short-term job shortages and the panic of regions that are losing their populations. We are no longer talking so much about integration, but about the need for manpower.

How can we avoid a populist drift in the Canadian electoral discourse? How can we respond to the needs of certain groups to be better heard and recognized?

Authors such as Chantal Mouffe, the Belgian post-Marxist political philosopher and political scientist, in her recent essay “For a Left Populism,” or the American feminist philosopher Nancy Fraser, in “The Old is Dying and the New Cannot Be Born,” invite us to design new alliances.

These alliances would be among groups that are often opposed because of political and media discourses, such as immigrant and Indigenous workers. After all, they face similar realities, such as job insecurity. These alliances must be made, they believe, in response to neo-liberal hegemony.

That is a progressive and non-reactionary populism that aims to build bridges between different social and economic realities. This more egalitarian form of populism can be seen in some more local citizen mobilizations that express a radical form of democracy, such as the yellow vest movement in France.

In this election campaign, it would be a good idea to recognize the existence of social inequalities and to rethink the issues of redistribution and social justice among individuals without being drawn to the simplicity of the populist recipe.

Chedly Belkhodja is Principal and Professor, School of Community and Public Affairs, Concordia University. This article is republished from The Conversation under a Creative Commons license. Read the original article.

1 Comment on ELECTION 2019 – What place does populism have in election campaign?